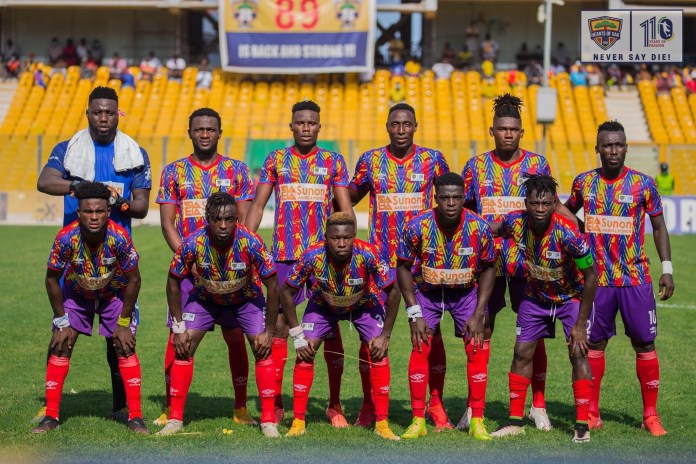 Hearts of Oak have been eliminated from the CAF Inter-club competition this season in a very disappointing manner where they lost to two North African side in both competitions.

The Phobians were hammered 6-2 on aggregate by Moroccan side Wydad Athletic Club (WAC) in the Champions League and got eliminated from the Confederation Cup by JS Saoura from Algeria on a 4-2 aggregate.

According to the former Hearts of Oak midfielder, the team’s poor performance this season is also due to poor planning and fatigue on the side on the players

“Going into the season, their main focus was on Africa so they did not really focus on the Ghana Premier League.”

“So in future, I would love to see them planning well and they also need to manage the players very well”, he told Citisports.

Laryea Kingson added that he believes the team will bounce back to defend the Ghana Premier League title.

“For me I think the players have been overused and so fatigue has set in but with time I believe they will bounce back.”

Hearts of Oak will arrive in the country on Friday from Algeria and will take on Elmina Sharks in their next league game.

The Phobians are currently bottom on the league table with three points.