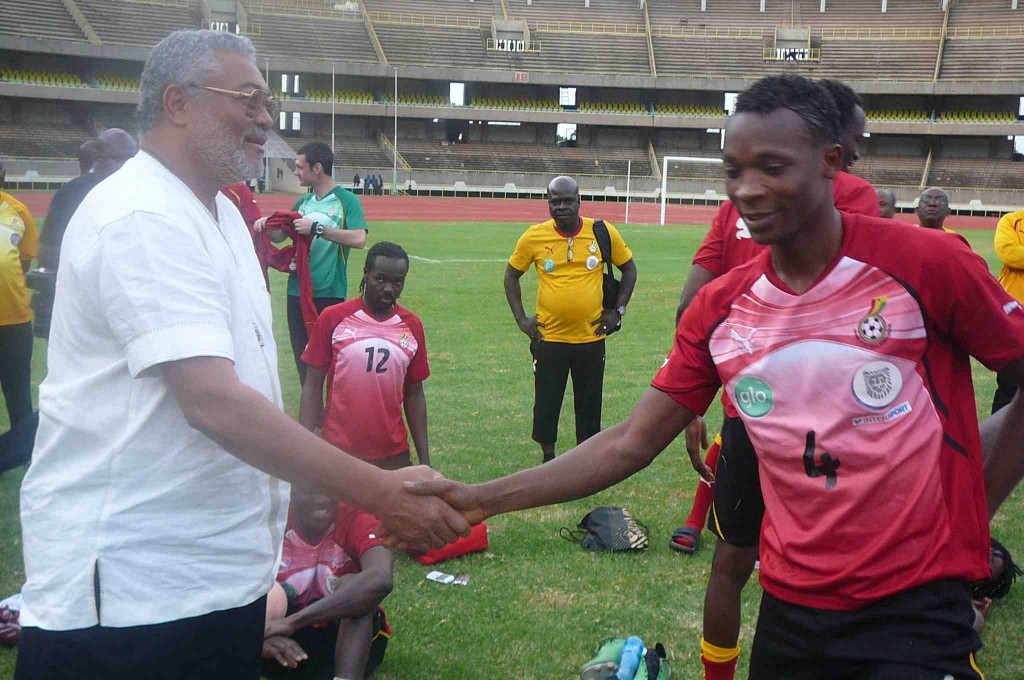 Former Ghana President Jerry Rawlings is adamant the Black Stars can win next yearâ€™s Africa Cup of Nations if only the high level of team spirit is maintained.

Rawlings, 64, ensured Ghana participated and won its last African title in 1982 by mobilizing scarce resources at the time for the tournament in Libya.

A fifth African crown has since eluded the Black Stars but many including the former President believe time is rife for victory in Gabon and Equatorial Guinea.

â€œIf the players can translate the same team spirit and dedication when playing for their clubs in the Black Stars, though it is going to be very difficult, I believe we will be victorious,â€ he told Accra-based Asempa FM.

â€œThe kind of team spirit they used in playing their games will be key in ensuring success.

â€œAnd I expect the inherent quality of the Ghanaian when their backs are against the wall to be manifested.â€

Rawlings also urged the Black Stars to be ruthless in their approach to matches no matter the opposition.