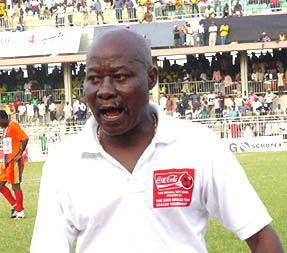 The former Fulham and Getafe star claims the 2000 African Coach of the Year was at par with some of the top foreign coaches he played under in Europe.

Boateng played briefly under Attuquayefio, who died in May 2015 of throat cancer, as part of the 1999 Ghana U17 team.

''Every player knows, all my colleagues know that whatever Jones shows us during our time in the team, whenever we go to Europe, we see the same things being done by the white coaches. So for me, he is the best coach,'' Boateng said on the Joy Sports Link on Saturday.

In 2001, he guided the Phobians to win the CAF Super Cup.

He guided Benin to qualify for their first Africa Cup of Nations tournament in 2004.