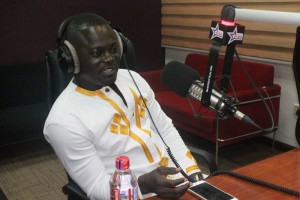 Ex-Ghana midfielder Nii Odartey Lamptey has denied claims he begged his ex-wife to sleep with other men to get pregnant for him due to his 'impotency'.

The retired Ghana international endured a painful and an emotional divorce three years ago after a DNA proved all three kids he had with the disgraced former wife were not his biological children.

In a dramatic and heart-wrenching episode, the former Anderlecht star, enjoyed the sympathy of several Ghanaians after the shocking incident went viral.

Media reports had claimed the former Ghana Under-17 star had asked his ex-wife to sleep with other men to get pregnant for him due to his 'impotency'.

But the former Eleven Wise coach has rubbished the claims as ridiculous.

“I don’t think if you are married to a woman and you leave for even two years it is not justified for the woman to cheat…I have always been with her in all the countries I played football so there is no justification.”

Elikem Kumordzie, the star who made his name in Big BrotherÂ Africa, was sucked into the divorce case of one of Ghana's soccer exports in the 90s.

It had been alleged that the soccer star had caught he former Big Brother star flirting with his wife three times at his matrimonial home - a claim Kumordzie has constantly denied vehemently.

Lamptey has picked up the pieces from his broken marriage after he welcome his first biological child in 2014.