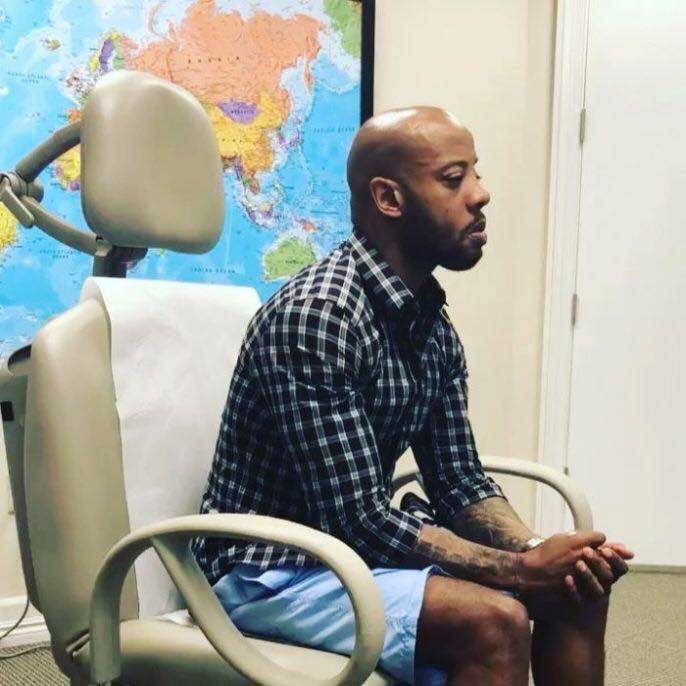 Ghana legendary striker Manuel Junior Agogo has revealed that he been unable to use his right hand nearly five years after suffering a debilitating stroke that has completely changed his life.

The former Nottingham Forest attacker revealed that he has been unable to write after suffering a stroke in 2014 as he has extreme difficulty in moving and controlling the hand.

Agogo, who also played for Egyptian giants Zamalek, has spoken again about his ailment and how he is still suffering from nearly five years after it happened.

The charismatic player, who was very healthy after wrapping up his playing career and started a new life by setting up a gym in London, was suddenly hit by the stroke on 8th December 2014, said revealed has not still not recovered despite the intensive treatment he has had.

The former attacker who also played in the American MLS, recorded one of the sessions with the doctors and made it available on social media where he revealed that his hand is better but he can not still use it much.

“It’s (right hand) better but it ain’t like before,” Agogo said in a slurred speech.

In 2017, Agogo granted in an interview with the BBC and spoke about his struggles ever since he suffered the stroke including his struggle with speech.

In the BBC Four documentary titled Speechless in 2017, Junior Agogo revealed that his difficulties in speaking have made him lose his confidence and he has become socially isolated.

Two years after his interview with BBC the 35-year-old is still visiting the Neuro Rehab Unit of the National Hospital for Neurology and Neurosurgery in London’s Queen Square in his effort to overcome the challenges he has suffered from the stroke.

Agogo started his professional career with the Owls where he played three games for the then Premier League side between 1997 and 2000.

He won the hearts of Ghanaians during the 2008 AFCON which was staged in Ghana.

Watch video of Junior Agogo below