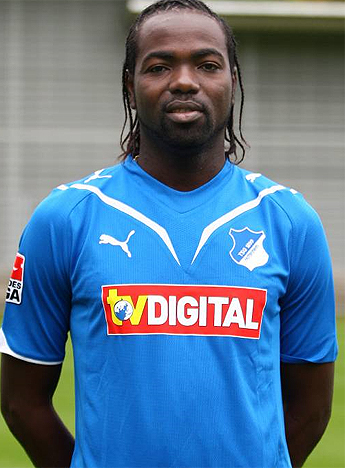 Former Ghana international Prince Tagoe has opened up on how a mock-up heart-related issue nearly scuppered his move to German side TSG Hoffenheim.

The former Hearts of Oak frontman signed a three-year contract with the Blue and White lads, before being released from his contract on 1 August after only 51 days due to heart issues.

The player's lawyer however contested the dismissal as a second opinion did not yield evidence of a heart condition.

On 20 August, Tagoe was resigned to Hoffenheim after an announcement that his earlier release had contravened FIFA regulations.

"I was told by Hoffenheim Doctors that I had a life-threatening heart problem which was hereditary. I was very surprised so I had to do my own private checks after calling my mum who said there was no such health issue in our family," Tagoe stated on Max TV.

The 33-year-old hitman was directed to a heart specialist who was regarded as one of the best in that field.

"After more tests, it came out that there was nothing wrong with me. I and my agent decided to sue the Hoffenheim because my contract was canceled. But then, the German FA came in with a private doctor for yet another test. After it came out negative again, my license was given to me to start playing and the coach of the club was sacked."