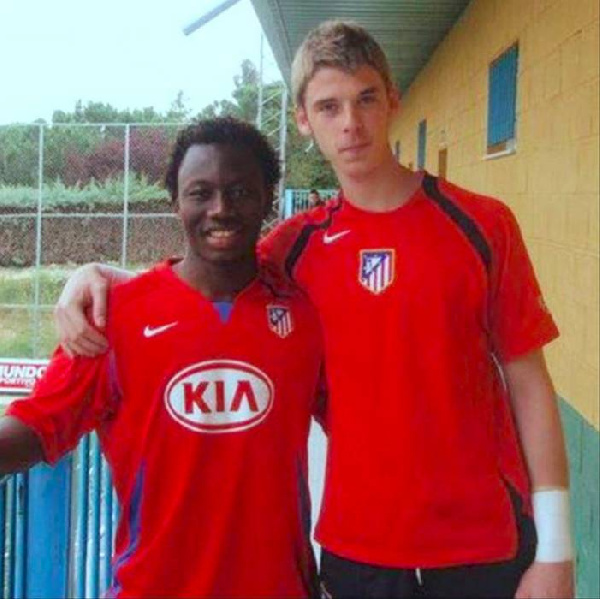 Adams signed for Spanish giants Atletico Madrid after his exploits at the 2007 U-17 FIFA World Cup in South Korea.

Now 30, Adams was drafted into the Rojiblancos reserve side where he shared the dressing room with the Spanish custodian.

But according to Adams, he first came in contact with De Gea during the Black Starlets 2-1 semifinal loss against Spain, with the ex-Asante Kotoko frontman scoring the West Africans only goal of the game.

“He (De Gea) is my friend from Atletico Madrid youth side. We (Ghana) also met them (Spain) at the U-17 World Cup in Korea and we got to know ourselves so after the tournament and we met at the Atletico Madrid we became close,” he revealed in an interview with Don Summer on Kumasi-based Angel FM.

“We don’t talk on the phone (calls) but we normally chat on Twitter and Instagram. De Gea is the closest friend among my teammates at Atletico Madrid but he is not too active on social media”

The former Berekum Chelsea man became the first Asante Kotoko player in 34-years after Opoku Nti to score a hat-trick against Hearts of Oak during the Reds’ 3-1 win over the Phobians in the MTN FA Cup final in Tamale.

Adams played in 22 times for Atletico Madrid's second team and scored 9 goals before departing the club in 2009.

He is on the verge of signing for Ghana Premier League side Berekum Chelsea as a free-agent after leaving Lebanese outfit Shabab Bourj last year.

De Gea meanwhile has gone on to cement his place in world football with English Premier League side Manchester United after leaving Atletico Madrid in 2011.