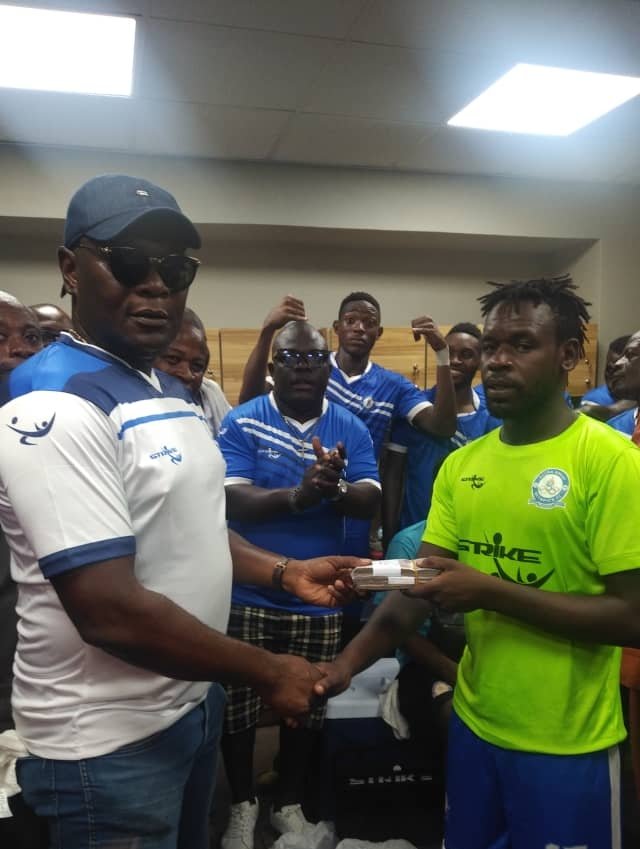 Former Vice Chairman of Great Olympics Humphrey Williams presented a cash amount of Gh¢5,000 to the playing body following their 1-0 win against Inter Allies in the Ghana Premier League on Saturday.

Great Olympics are finally finding their feet in the top-flight after their poor start to the campaign, with two consecutive victories.

The Dade Boys have collected seven points from their last three league matches including a 1-0 win over city rivals Inter Allies at the Accra Sports Stadium.

Ahead of Week 6 encounter against the Capelli Boys, former Vice Chairman of the club, Humphrey Williams made a promise to the playing body that he will reward them with a cash gift of Gh¢5,000 in each of their next three wins in the league.

True to his word, Mr. Williams presented the first cash gift to the players at the dressing room in the wake of the victory against Inter Allies.

Captain of the side Emmanuel Clottey received the money on behalf of the playing body. The veteran forward expressed his gratitude to Mr. Williams for the kind gesture and promised to lead the team to achieve the aforementioned target.

This is expected to enliven the team in their subsequent league games against WAFA SC and Eleven Wonders on Matchday seven and eight respectively.

The Saturday's win moved the club to 11th on the standings with seven points from six games.