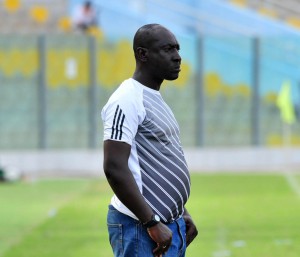 Ex-Heart of Lions coach, Yusif Abubakar has confirmed that he is in talks with newly promoted Premier League side, Techiman City FC to take over the coaching job of the club ahead of the upcoming season.

Coach Abubakar ended his two year stints with Heart of Lions at the end of the 2014/15 league season where the Kpando-based club failed to beat the drop zone as they got relegated after twelve years in the Ghanaian top-flight.

The Techiman-based club are putting their house in order ahead of the start of the Ghana premier league tentatively scheduled to come off on the 10th January, 2016.

Despite the club’s promotion from zone 1 been challenged after an alleged match fixing report was made against the owner of the club (Micky Charles) by Wa African United, the Techiman-based club are seriously augmenting their technical bench ahead of the season.

And Yusif Abubakar has confirmed that he is in talks with Techiman City over the club’s coaching job.

“Yes I have held talks with Techiman City FC but we are yet to agree on a deal. I will let you know if a deal is agreed,” Yusif told GHANAsoccernet.com.

The former Hearts of Lions gaffer is one of the most experienced coaches on the local scene after having stints with giants Accra Hearts of Oak, King Faisal and Berekum Chelsea.

If a deal is finally agreed, it will be the second time Yusif is coaching a club in the Brong Ahafo Region of Ghana.