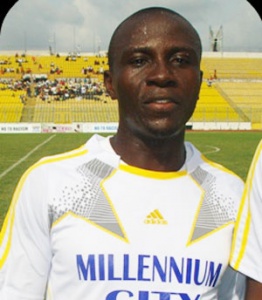 Former captain of Hearts of Oak Amankwah Mireku has pointed out what the club must do to end their league title drought.

The Phobians have not tasted league glory since 2008/09 campaign.

The Accra-based giants have exhibited glimpses of league title credentials in the ongoing season after collecting 16 points from 11 matches to sit five points adrift of summit of the table.

According to Mireku, the club need to keep their players for years in order for them to transform the club into a winning side in the league.

“I also think the player are not making good use of the platform when it comes to Hearts of Oak or rather the club having been able to take advantage of using the players for a while.”

“The players come and they leave within a short period and that has been the problem of the day for Hearts of Oak, they are not consistent, a player plays for a season or two and then he leaves so it’s always about new players coming into the team but during our time we had players who has been there for like three years so there was consistency,” he deduced.

Mireku captained the club to conquer Ghana and Africa in the year 2000s.

Hearts of Oak came close to winning the league in 2017 but finished 3rd behind Aduana Stars and WAFA.