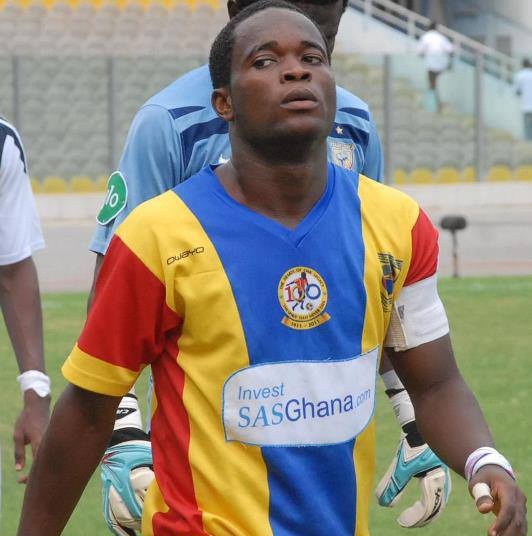 Former Hearts of Oak captain Mahatma Otoo has entreated the Phobian fraternity to forgive Thomas Abbey for his 'reckless' comments about the cause of their defeat against Asante Kotoko in the 2017 FA Cup final.

Abbey grabbed the headlines on Thursday after claiming that salaries and bonuses owed the team prior to the FA Cup final in Tamale in 2017 contributed to their disappointing 3-1 loss against sworn adversaries Asante Kotoko.

His comments did not go down well with several ex-players of the team including Vincent Atinga, Winful Cobbina and Samudeen Ibrahim, who came out to lambaste their former skipper for spreading 'lies' against the club and his teammates.

Upon deep contemplation, the former Ismaily forward rendered an apology to his former employers and their fans for the reckless remarks.

Otoo, who plies his trade in Turkey, has come to the rescue of his former teammate, urging every Hearts of Oak fan to let the issue slide under the carpet.

"I have had the opportunity to listen to the interview made by Thomas Abbey on Anwar U. Larry wall. Immediately after listening to the interview, I called Abbey and we had a long talk."

"I would like to use this platform to render an unqualified apology to the entire Accra Hearts of Oak fraternity on behalf of Thomas Abbey. I can assure the entire Hearts family that after the telephone conversation I had with him, it wasn’t his intention to dent the image of the club and he feels really sorry. And I urge all Phobians to find a place in your hearts to forgive our brother Abbey."

"My advice to my fellow colleagues (footballers) is that we should all be very careful about what we say during interviews because everyone has his own way of interpretation. You might mean something but it could come out as something totally different."

"To the players who took to social media or made interviews because of what Abbey said, I feel you should have got in touch with him first. Whatever you hear, please confirm first before you react. Because today, it is Abbey. Tomorrow, it could be you or me."

"Once again Phobians, I urge we all to come together and deal with issues like a family. Please accept Abbey’s apology ..... To err is human, to forgive is divine."