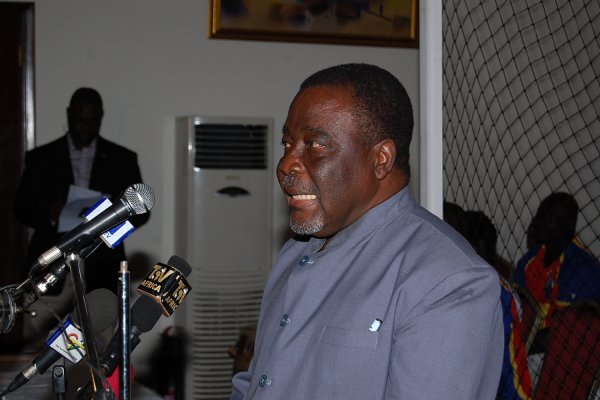 Former Hearts of Oak board chairman Emmanuel Commodore-Mensah has revealed that the annulment of the 2001 FIFA Club World Championship was the reason the club failed to honour promises made to the squad that clinched the 2000 CAF Champions League.

Hearts of Oak were scheduled to represent Africa at the 2001 FIFA Club World Championship after winning the 2000 CAF Champions League, beating Tunisian giants Esperance 5-2 on aggregate in a two-legged final.

But the competition was cancelled owing to a combination of factors, most importantly the collapse of FIFA's marketing partner ISL.

Few weeks ago, former Hearts of Oak midfielder Charles Allotey, who played a significant role in the team's Africa triumph, indicated the squad that clinched the coveted trophy in 2000 are still owed $25,000 by the club.

But according to Mr Commodore-Mensah, the club was very determined in delivering on its promise as it served as motivation for the players to win the Champions League and qualified for the 2001 FIFA Club World Championship in Spain, in the process.

“Yes, we made that promise, knowing that the World Club Championship was going to be the deal-breaker financially," Mr. Commodore-Mensah revealed on Asempa FM.

“For the cancellation, FIFA gave us some monies as compensation and not the monies we were expecting from the tournament for which we made that promise to the players, hence we failing to fulfill our promise to the latter," he added.

He deduced, “Yes, we rewarded the players enough for the history they made for the club that year. Given how much came to the club, we did what was needful. I know, I am prepared to put my hand on my chest and say we gave them something, as to whether it was enough or not, it is a discussion for another day."