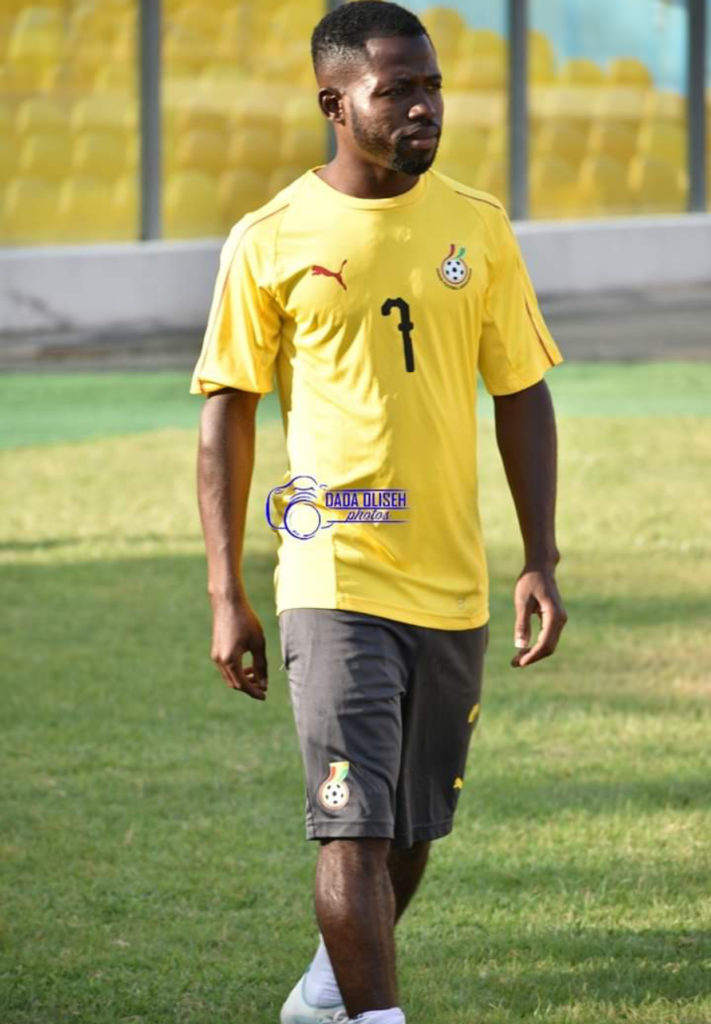 The silky attacker was rewarded with a debut call-up into the Black Stars following his swashbuckling display for Congolese giants TP Mazembe.

The 28-year-old has netted one goal in 10 games for the Ravens as they are flying high at the summit of the Congolese league.

On Monday, the former Hearts of Oak ace made his first appearance at the team’s training as part of 13 players who turned up for the session ahead of the game against South Africa on Thursday.

Some of the other players who turned up for the first day of training are Jordan Ayew, Nuhu Adams, Smauel Owusu, Gideon Mensah, Tawrick Jebrin and the three goalkeepers Richard Ofori, Felix Annan and Razak Abalora.

Other players who turned up for training are Fataw Mohammed, Emmanuel Boateng, Patrick Twumasi, Shafiu Mumuni and Gideon Mensah.

They will move to Cape Coast, where the match will be played, on Tuesday to continue their preparations.

The match against South Africa is the first for the Black Stars since losing to Tunisia in the round of 16 at this year's Africa Cup of Nations.