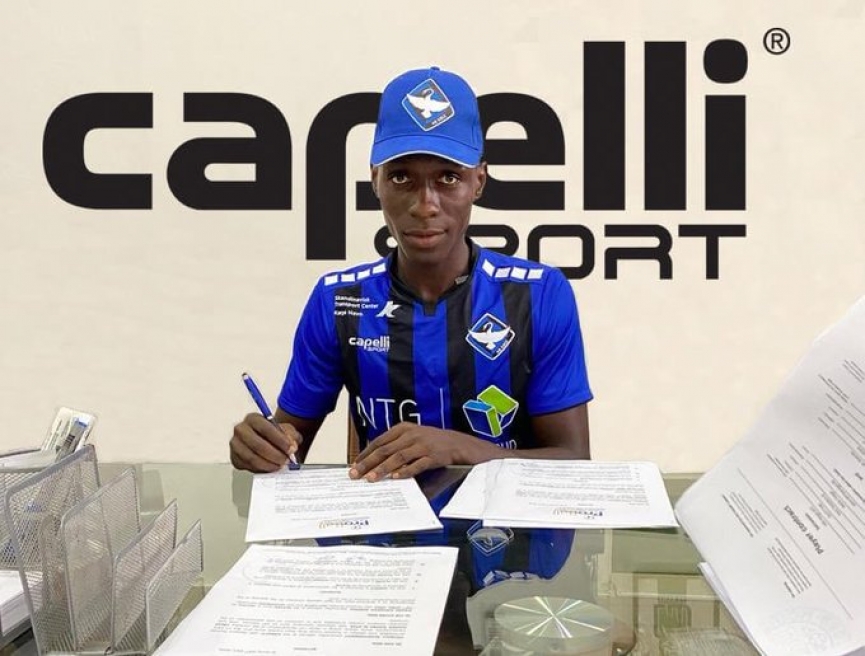 Ghanaian defender Frank Assinki has expressed delight after sealing his transfer from Inter Allies to Danish second-tier side HB Koge.

The 18-year-old joined HB Koge on a four-year deal on July 30. And he sees the move as a big opportunity for him to achieve his career objective.

“I’m really excited about my move because it is not easy to get such an opportunity. I fought hard during the season and I will make sure to work tirelessly with my new outfit” he said.

Assinki was one of the outstanding players for Inter Allies in the truncated Ghana Premier League, making 12 appearances in 14 games.

His performances earned him the man of the match award in one of the Premier League game played this season.

The centre-back has caught the attention of the Danish club and with high recommendations from Inter Allies coach Henrik Lehm,  he is likely to seal a move to the club in the coming days.

Frank Assinki has joined his former teammate Effiong Nsungusi JR who completed a move to the club early July.