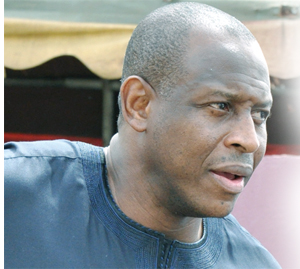 Herbert Mensah suggests the current off-field crisis of Asante Kotoko is as a result of bad contracts signed which left the club unprotected.

The Kumasi-based club are in the process of raising funds to pay off huge debts incurred in past administrations.

Kotoko has been hit with a whooping 99,000 Euros fine to be paid to former coach Hans Dieter Schmidt for his wrongful dismissal in 2005 while also ordered to refund $6,500 to Turkish side GencelrbirligiÂ over the transfer of Adamu Mohammed in 2008.

Juts last week the club was told to pay a combined amount of $50,000 to Tamale Real Republicans for the sale of Shilla Illiasu in 2006.

And Mensah who is largely credited with the modern transformation of Kotoko while chairman of the club between the period of 1999-2002 reluctantly said past administrators of the club failed to protect the club in its dealings.

â€œI am no longer involved with Kotoko and I try not to get involved in Kotoko affairs but I heard in the news that FIFA has ordered courtesy of a coach the club to pay a large sum of money in a short period of time,â€ he told Kumasi-based Kessben FM.

â€œIt is difficult to really understand the background a bit. I mean when I was chairman of Kotoko I hired many coaches from the great Ernst Middendorp, Ralf Zumdick, an Italian not to mention a lot of different Ghanaian coaches because we were trying to find a solution.

â€œEvery contract that I drafted was to protect Kotoko, not to protect the coach so it gave me the ability to remove the coaches.

â€œRemember with Potterfield (Ian) I had to dismiss him but the matter didnâ€™t go to FIFA because of the contract I signed with him so I donâ€™t know which kind of contract was signed that FIFA has asked the club to pay such amounts.â€

Mensah however adds the club has always been operated in such a way that any incumbent administration would have the sole responsibility of dealing with debts and must service them even from personal funds.

â€œAs the custodian of the team for the time I was chairman, I ensured the team was always protected. Remember I took over the team at a time of a major crisis.

â€œRemember Upper West Heroes had taken the club to court over a debt, BA United has seized the Kotoko van, the Robert Boateng issue, there were debts with banks, with players, signing on fees, salaries, hotels, wherever you went Kotoko owed money and when you take over you have to accept. That is the way Kotoko is and we had to resolve and pay all these debts.

â€œI cannot speak for the chairman of the club but I am saying once you have been given charge you should take responsibility.

â€œDuring my time when we wanted to bring in Middendorp and we had to pay $12,000 some of us had to dig deep into our personal funds to get the right man in. That is Kotoko for you.â€