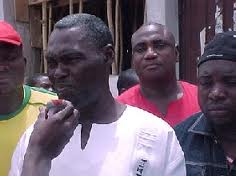 A ruling by the Court of Arbitration for Sports has compelled the Kumasi-based club to pay a whooping â‚¬90,000 to the German coach for his wrongful sacking.

The club also incurres an 11,000 Swiss Francs cost in legal fees for the case which lasted seven years before a final verdict was reached.

But Larsen says Schmidt, 64, has no basis to make such a claim since he was dismissed according to the dictates of his contract.

â€œYes, I was the chairman at the time when we decided to dismiss the coach (Schmidt),â€ he told Kumasi-based Kessben FM.

â€œThis decision was taken a long time ago so I donâ€™t know why the issue has been resurrected. I will advice the current administration to treat it with the contempt it deserves.

â€œThis is because he (Schmidt) was dismissed per the dictates of his contract which gave us the power to dismiss him if he misconducts himself.

â€œHe did several things in his time to warrant the sacking and we did just that according to his contract.

â€œI think he has played a fast one on the current management so I will urge they treat it with the contempt it deserves.â€

Maj. Larsen in pointing the way forward has directed the current administration look for a copy of Schmidtâ€™s contract to mount a defence over the ruling despite revealing he hasnâ€™t been contacted yet concerning the issue.

â€œNo I have not been contracted but I think management should just get a copy of the contract after which they will see the coach has no case whatsoever.â€