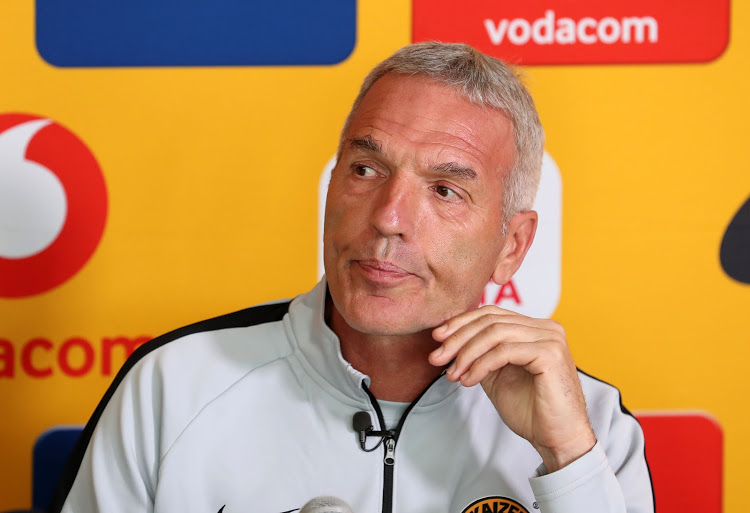 Former Asante Kotoko coach Ernst Middendorp is yet to decide his future at South African side Kaizer Chiefs after a difficult season with the club.

Chiefs finished the Premier Soccer League season in 9th place, and lost the Nedbank Cup over the weekend in Durban to National First Division side TS Galaxy.

“I think we have to sit down and see what’s happening, not only with Chiefs in the last six months, but in the last few years. We’ll definitely have a discussion (with the management),” Middendorp said in a post match interview.

“I think I’ll have to make a decision (to stay at the club or resign), but definitely not 30 minutes after finishing the game.”

“I think if the question is coming (of why I should stay at the job), I’ll discuss that with the management of Kaizer Chiefs, and not here in public,” he said.

“There is a reason things did not happen over the last few years,” the German-born coach said.

“You have to find a reason as to why there’s been a decline over the past few years, especially after finishing a season like this. But please, let’s not make emotional decisions 30 minutes after finishing a game.”