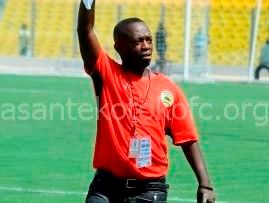 Acheampong nicknamed 'Sabuto' was eyeing a shot with the Black Maidens but has been overlooked by the Ghana Federation.

But the newly-appointed technical director of second-tier side Dunkwa United claims he will bide his time.

"I am really surprised but God install Kings and so I'm not perturbed and will continue to work hard," Acheampong told GHANAsoccernet.com

"They (FA) know why they left my name out and so will like to leave it like that. Godâ€™s time is always the best."

Only local coaches were considered for jobs giving a clear indication of the quest of the FA to build the capacity of indigenes.