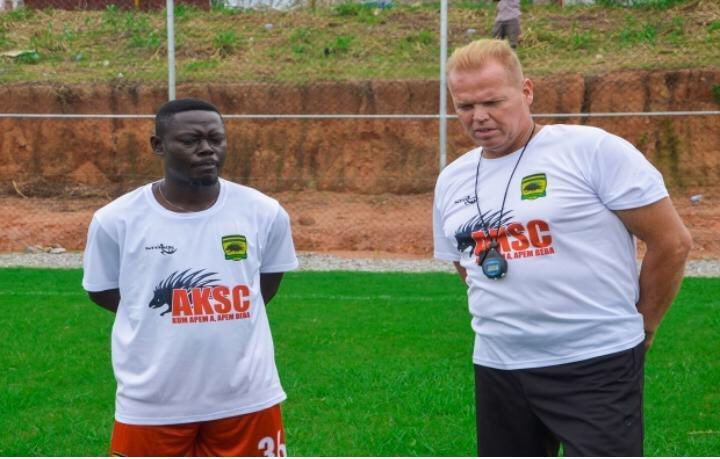 Former Asante Kotoko coach Kjetil Zachariassen has launched a scathing attack at his former employers claiming they ‘only think about their bellies’.

The Danish coach, who claims is a a full supporter of the Porcupine Warriors, insists the management of does not focus on the development of the club but only think about lining their pockets.

He says he should have been sacked together with the management members after the team failed to qualify for the group stage of the CAF Champions League and the Confederation Cup.

Zachariassen was sacked after the Confederation Cup game against San Pedro which the Porcupine Warriors lost 2-1 on aggregate to exit the competition.

The former AshantiGold coach who had a brief spell with the Porcupine Warriors said management members are only focused on milking the club.

“They do evaluation and look after their own bellies which is not good. They only think about their bellies," Zachariassen told Oyerepa FM on Tuesday.