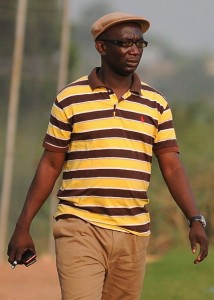 Two ex-officials of Asante Kotoko Kofi Kapito and Kwame Baah Nuako drew attention to themselves when the former was reported to have given 'four dirty slaps' to the latter at the Accra Mall.

The unfortunate incident which occurred on Thursday morning is the latest instalment of the bad-blood existing between the two.

Kapito has not forgiven Nuako for allegedly playing a role in his sacking as the Commercial and Marketing manager of the club.

Onlookers were amazed to see the otherwise gentle television personality (Kapito) hurling insults and subsequent slaps to the university lecturer in the always-populated shopping mall.

â€œHe (Kapito) castigated Kwame (Nuako) in a high tone for engineering his exit from Kotoko,â€ an eye witness told GHANAsoccernet.com.

â€œBy the time we realized Kapito slapped Kwame I think about four times - with four dirty slaps - before people came around to intervene.â€

Nuako, who until two months ago resigned as the FA and International Relations Manager of Kotoko to pursue his education, has since lodged an official complaint to the Airport Police Unit.

Kapito on the other hand has however denied all these allegations, saying he was on his way to the Volta Region.