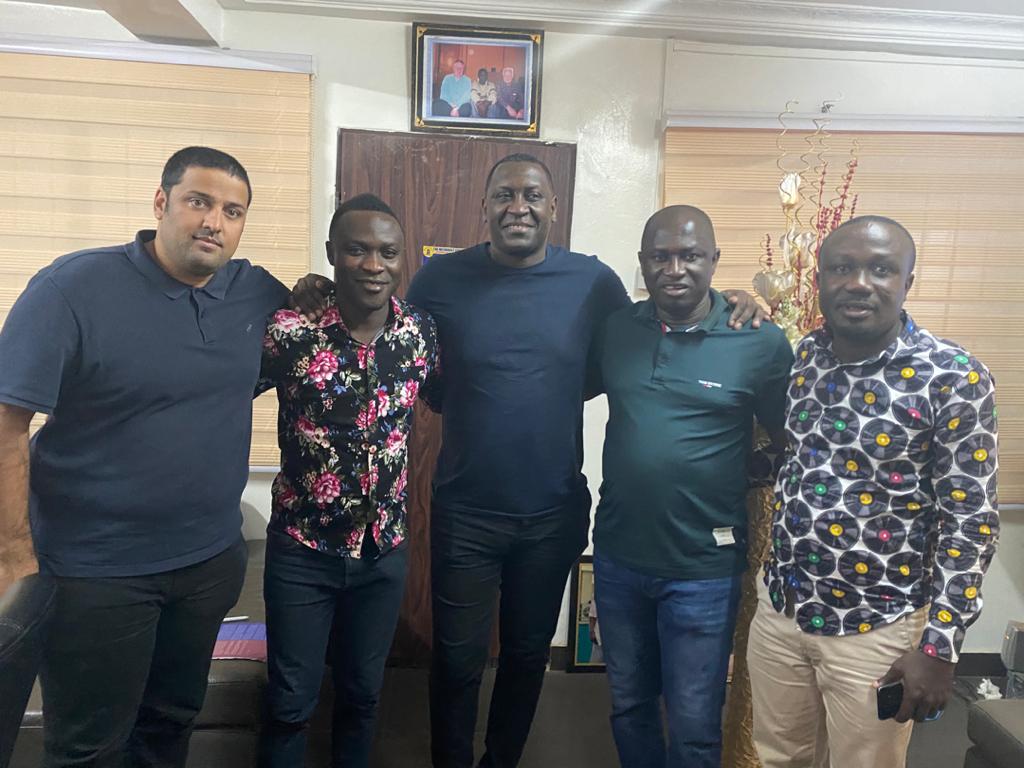 The 42-year-old traveled to the mining town of Tarkwa to familiarize himself with the activities of the ambitious side.

Also in attendance was the club’s chief executive James Essilfie and the Communication chief Patrick Akoto.

Heskey, together with his partners were left impressed with the project of the two-time FA Cup holders.

The former Leicester City star also attended the team’s training session on Tuesday where he interacted with the players and club officials.

He is expected to watch the side’s Premier League cracker against giants Asante Kotoko at the Akoon Park on Wednesday.

The iconic global icon will watch the @GhanaLeague match against Asante Kotoko at the Akoon Park on Wednesday.#MEDSC #GPLwk4 pic.twitter.com/7ZbxDhbe7M