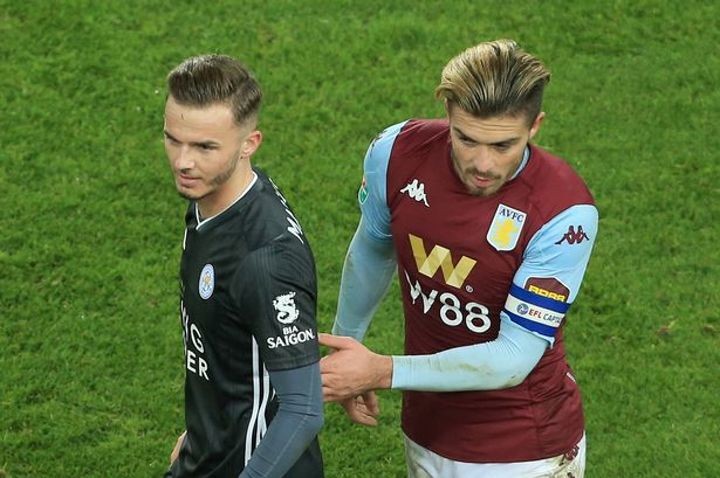 Jonathan Greening reckons Jack Grealish would be a better a signing for Manchester United than James Maddison - because of the Aston Villa captain's drive and determination to win.

United have been linked with both Grealish and Maddison with boss Ole Gunnar Solskjaer expected to strengthen his midfield further in the summer transfer window.

Portugal star Bruno Fernandes has already had a hugely positive impact on United's engine room since he was signed from Sportling Lisbon in January, with the Red Devils currently unbeaten in 11 games in all competitions.

But with Villa skipper Grealish and Leicester City ace Maddison playing similar positions, it seems there would not be room for both of them alongside Fernandes.

And former United midfielder Greening said the manager should prioritise Grealish over Maddison.

“Over the past few months there’s been talk of Grealish coming or Maddison coming,” he told Metro.

“I actually feel I would prefer Jack Grealish.

“Maddison is a very good player, super technical, he can create, great passing both short and long, and great on set plays.

“Jack Grealish, however, has that little bit of difference, he can take players on, he can drive forwards with the ball, and slide that pass through.

“He’s got that bit of grit and determination; and doesn’t like losing, you can see that in his game.

“Maddison is also maybe a bit too similar to Fernandes, whereas Jack Grealish will bring in something different, he can find pockets of space, he can drive at opponents and take on two, three players in one movement.

“He’d be a better player at United with the current squad than Maddison would be for me.”

Grealish is Villa's top scorer with seven goals and six assists in the Premier league this season as he strives to keep his side in the top flight.

His pal Maddison has a similar record, with six league goals and three assists for third-placed Leicester.

Solskjaer's side also still have Paul Pogba in their ranks, although the World Cup-winning France midfielder is widely expected to move on this summer.