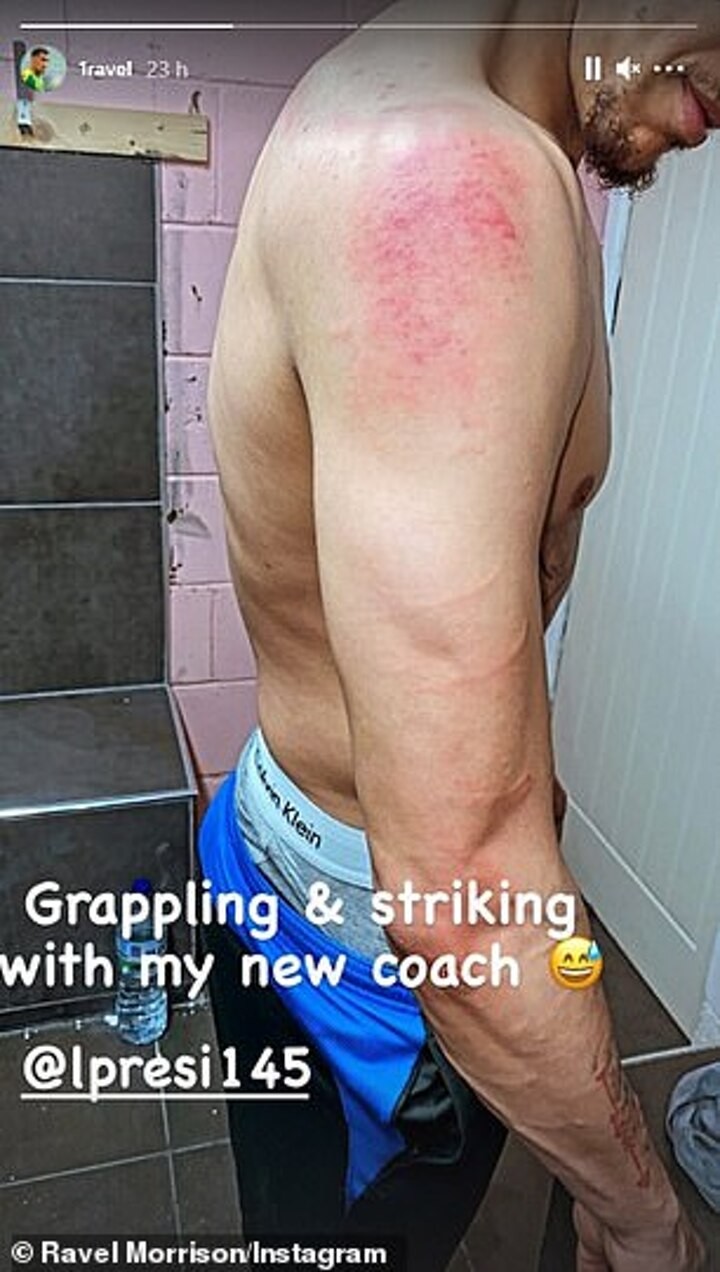 Former Manchester United wonderkid Ravel Morrison has traded shin-pads and boots for a headguard and gloves after revealing he's taken up MMA in his time away from football.

Morrison, who recently became a free agent after cancelling his deal with Eredivisie side ADO Den Haag in January, took to Instagram to show off the gnarly bruises he's picked up while training with close friend and UFC fighter Lerone Murphy.

Following his hard-hitting session inside the octagon, Morrison showed off the punishment he's endured while practising his 'grappling and striking' with his 'new coach'.

Morrison has showed support to the Manchester-based featherweight fighter in the past and it seems now like Murphy is helping him stay fit as he continues his search for a new club.

It could potentially be Morrison's new calling, considering football hasn't quite worked out for the 28-year-old.

Morrison emerged from United's academy as one of the most talented prospects in years and was handed his first-team debut in the League Cup against Wolves in 2010 at the age of 17 by Sir Alex Ferguson, who boldly claimed that Morrison was 'the best kid you will ever see'.

While supremely talented, Morrison's life off the pitch raised concerns at United and he was eventually let go soon after in 2012.

Having failed to capitalise on his potential at Old Trafford, Morrison struggled to settle anywhere in the years following and most recently cancelled his contract at ADO Den Haag – the 11th club on his CV since leaving United.

Morrison's career took him global as he went from United to West Ham, loans at Birmingham, QPR and Cardiff, a switch to Italy to join Lazio, a move to Mexico to play for Atlas, then to Sweden to join Ostersunds, before returning to England last season.

He made just one appearance for Sheffield United in 2019-20 before joining Middlesbrough on loan, where he made three appearances.

Morrison played four times in Holland for ADO Den Haag before his contract was terminated.

He is still is searching for the twelfth club of his professional career, and was linked with a move to Huddersfield in February, but a move never materialised.