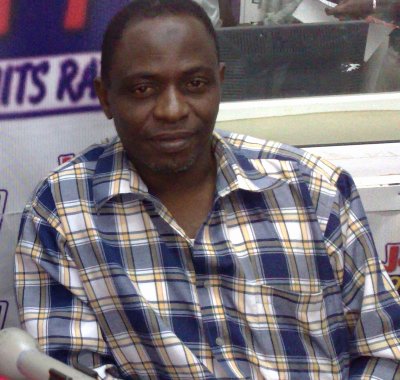 Mohammed Polo has endorsed suggestions to get authorities to establish an award scheme for retired footballers who served the country with distinction.

There have been mixed reactions towards the idea of paying ex-gratia to the former national stars - especially ones who have won various laurels for the nation ever sinceÂ  GHANAsoccernet.com broke the news on Wednesday.

However former Black Stars player Mohammed Polo says he is in full support of the idea and added its about time the state took a critical look at acknowledging its heroes.

"I think its a brilliant idea by the Pfag and I fully support it," Polo told Joy FM's sports debate show, 'On The Spot'.

"Some of my colleagues I must say have not received their due acknowledgement for their contribution to Ghana football.

"It doesn't necessarily have to be in monetary terms but then something to show that the state recognizes the sacrifice and achievements made by some of us."

The Professional Footballers Association of Ghana (Pfag), led by its general secretary Tony Baffoe, have indicated their preparedness to table and discuss an official proposal on the matter to the Ghana FA for serious consideration.