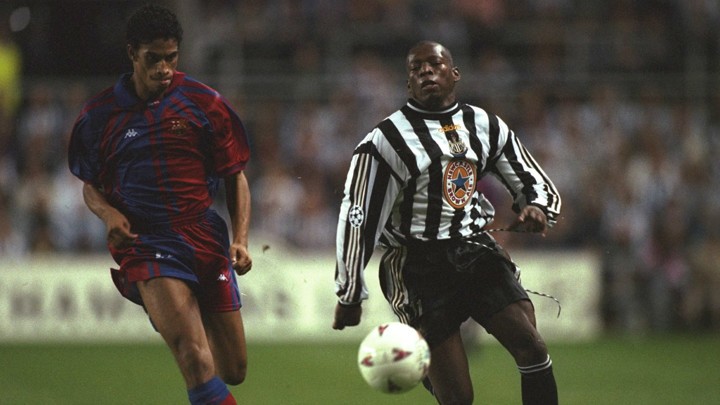 Ex-Newcastle United and Colombia forward Faustino Asprilla is doing his part to ease the strains of the coronavirus outbreak in his native country - by selling his condoms at a special promotional price.

Asprilla lit up the Premier League with the Magpies during his playing days and also represented his nation at two World Cups, as well as enjoying a hugely successful spell in Italy with Parma.

While he might have hung up his boots more than 15 years ago, he continues to make headlines in Colombia thanks to his exuberant personal life, prompting a massive manhunt last year when his prize bull Lagrimon was 'kidnapped' by cattle rustlers and, happily, later returned to an overjoyed Tino.

He also dabbles as an entrepeneur, launching his own range of condoms, Tino Condones, in 2014, and regularly appearing in the company's promotional material.

The birth control devices are among the essential items that have run short in certain areas as the Covid-19 pandemic has disrupted regular life, with a shortfall of up to 100 million after Malaysian company Karex Bhd, which makes one in every five condoms produced globally, was forced to shut down.

One place where they remain plentiful, however, is apparently in Asprilla's living room, and he has promised to share the bounty with a generous cut-price offer.

"Here at home I have a whole load of condoms which I want you to help me use, because it is really difficult for me to use all of them," Tino stated in a video released on the star's official Twitter account, in response to an article revealing the shortage.

"Filling up with kids and bringing them into the world with this virus is not on. So I am giving you a link through which you can get hold of these Tino condoms at a very reasonable price.

"I will let them go at more than half price so that you can have some protection at home: soap, washing your hands, and what could be better than condoms?"

The 50-year-old later returned to the social network to post a picture of his beloved bovine pal, using Lagrimon's rescue as inspiration to fight the virus.

"We are all going to pull in the same direction," he wrote, sharing the moment when his bull was returned by police.

"Lagrimon survived 20 days kidnapped fighting hunger, we can do the same."