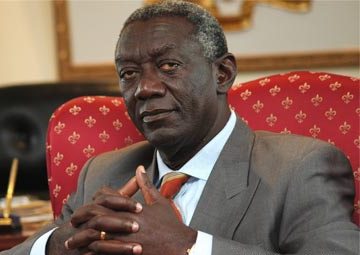 Former President of Ghana, John Agyekum Kufour has has expressed his deepest sorrow at Wednesday's fatal motor accident the club suffered while returning to Kumasi from a Premier League game against Inter Allies.

Ghana football was shaken on Wednesday when reports went rife that Asante Kotoko have been involved in a fatal motor accident at Nkawkaw while returning to Kumasi following a 1-0 defeat to Inter Allies on match day 22.

Former President Kufuor, who is also a former Chairman of the Club, expressed condolence to the families of the victims as well as the team and its supporters, a statement issued by Mr Frank Agyekum, the Spokesperson to President Kufuor.

“My thoughts and prayers are with the bereaved family as well as the injured and the entire team,” he said.

Former President Kufuor called for calm among the playing body and the supporters and urged drivers to be more circumspect while on the road.