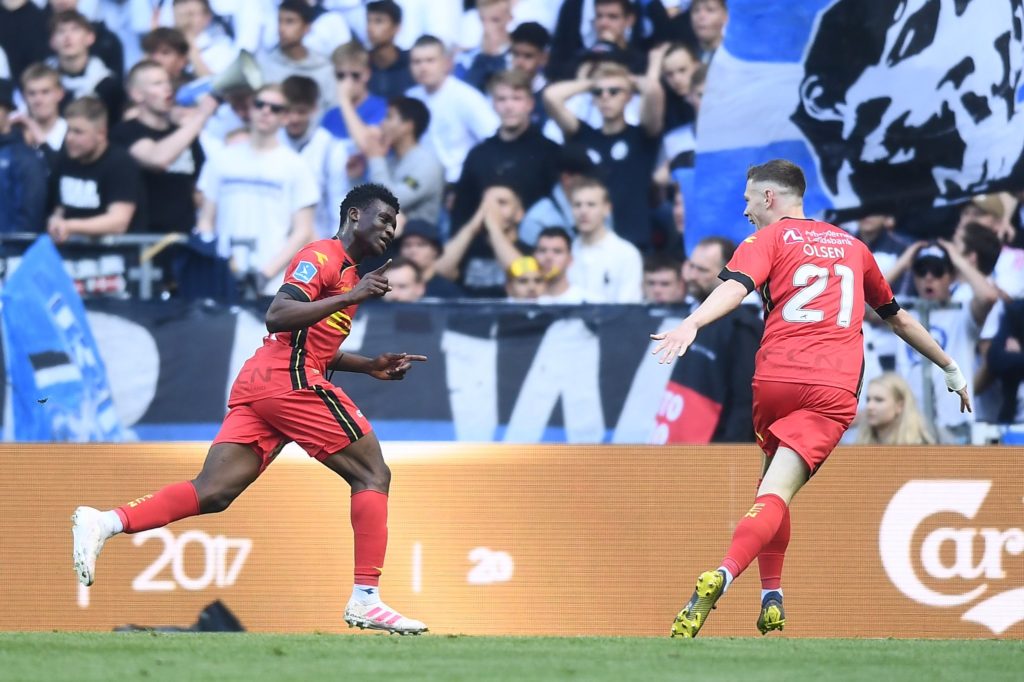 Ghana U20 midfield duo of Kudus Mohammed and Ibrahim Sadiq scored for FC Nordsjaelland as they stunned FC Copenhagen  in the Danish Super League on Saturday.

Both teams went into the game on the back a three-match winless run but it was the Nima-born youngsters who stole the show in their away game.

The Wild Tigers who exhibited urgency and nearly opened the scoring in the early parts of the game but FC Copenhagen goalkeeper Jesse Joronen thwarted Andreas Skov Olsen‘s effort.

FC Nordsjaelland incessant pressure paid off in the 43rd minute after Mohammed Kudus put them into the driving seat with a close range finish.

FC Copenhagen however came back strongly in the second half and pulled level through Robert Skov in the 60th minute.

But FC Nordsjaelland soon themselves ahead again after Andreas Skov planted his smart effort into the top corner.

Coach Flemming Pedersen brought on Ibrahim Sadiq in place of Andreas Skov in the 81st minute as they went in search of the killer goal.

Sadiq repaid the faith shown in him by the coach and deservedly grabbed a goal in the 92nd minute.

The two players played for the Right to Dream Academy in Akosombo before moving to Denmark to sign for Nordsjaelland.