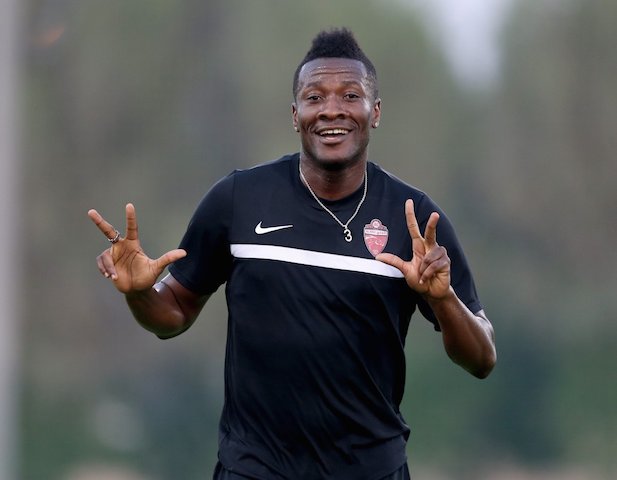 Ghana and former Sunderland forward Asamoah Gyan changed his hairstyle last year to conform with the cultural sensitivities in UAE where he plies his trade, GHANAsoccernet.com can reveal.

The Al Ahli striker maintains a modest hairstyle while in the UAE in conformity with the rules by the UAE federation to promote ethical hairstyles as an example to young people in the country.

Gyan, who is also keen setting an example for the youth in the Islamic country, already decided to take this path before the rules were made public.

This comes after reports emerged on Wednesday that the Ghana star has been found guilty of having "unethical hair" under United Arab Emirates Football Association guidelines.

However sources close to the player have revealed that Gyan already conforms to this rule when he was made of aware of the regulation last year. 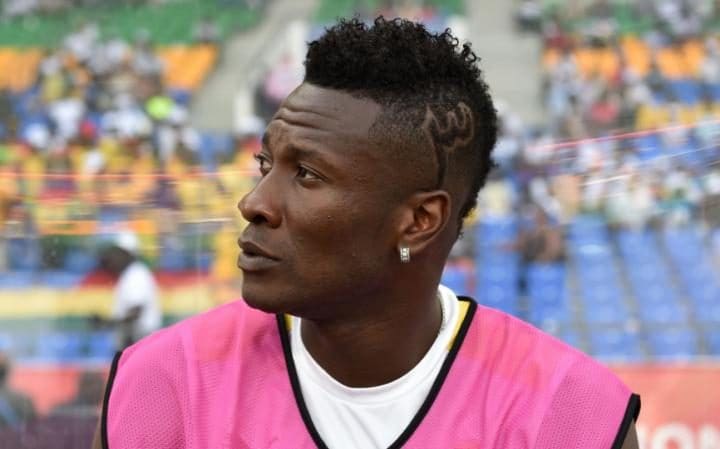 Asamoah Gyan sports his 'unethical hair' during the Africa Cup of Nations
Gyan maintains a modest hairstyle while he is in the conservative Islamic environment but he is free to change to a new style when he is away from the country.

He changed his hairstyle during the Africa Cup of Nations with the Arabic Number 3 written on it during the recent tournament but has binned the style on return to Al Ahli.

The 31-year-old was among one of 40 players to have been found to breach UAE league rules on hairstyles even though he long conformed.

Gyan is currently on loan at Arabian Gulf League side, Al Ahbi, who are based in Dubai.

Suhail Al-Mansoori of Al Wahda recently told he would have to cut his curly perm while in 2012 Saudi Arabia goalkeeper Waleed Abdullah was told to cut his "un-Islamic hair" before a match.

Gyan showed off his latest mohawk hairstyle during the Africa Cup of Nations where he captained Ghana.

Ghana lost 2-0 to eventual champions Cameron in the semi-finals of the tournament.

The former Udinese and Rennes striker is on a season-long loan from China's Shanghai SIPG after a proposed move to Reading fell through in September.

In 2012, Saudi Arabia goalkeeper Waleed Abdullah was told to cut his "un-Islamic" hair by the referee before playing for his club side Al Shabab.

Some Islamic teachings ban 'Qaza' hairstyles, which include mohawks, because only part of the head is shaved, leaving other parts unshaven.

The BBC has asked the UAEFA for clarification on its guidelines and is awaiting a response.

According to Middle Eastern football website Ahdaaf, Al Wahda's Suhail Al-Mansoori (pictured below) was told to cut his hair while UAE international and 2016 Asian footballer of the year Omar Abdulrahman, who sports a similar style, was let off.