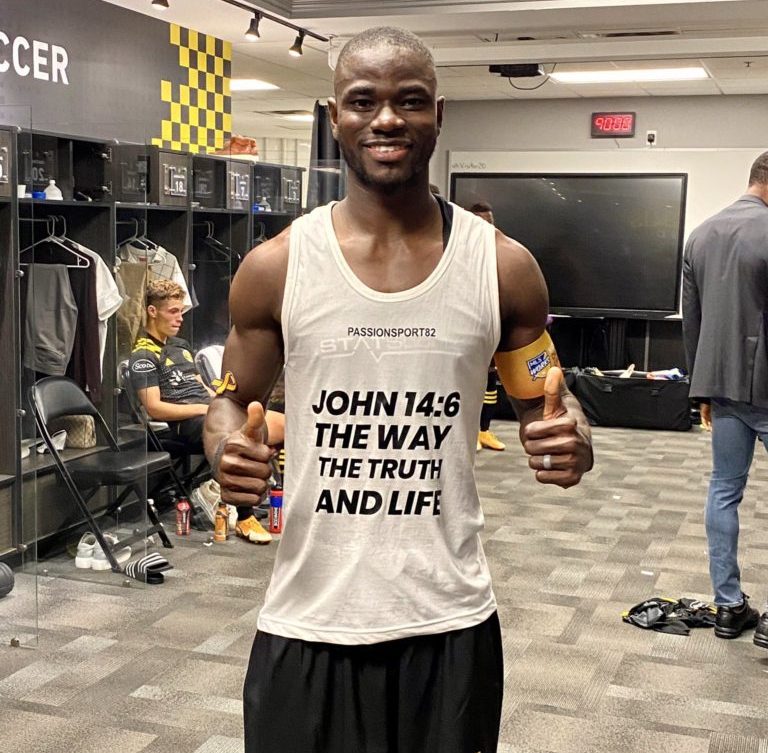 Former US men's national team forward Charlie Davies has made a strong case for Columbus Crew captain to be named best player of the 2020 MLS season.

Mensah has been identified a key performer in Crew's incredible campaign this term.

A center back has never won the Landon Donovan MLS MVP award – it's almost always gone to a forward or attacking midfielder these past 24 years.

He is the reason behind the a league-low five goals against in regular season.

''Salute to everybody doing it for their clubs, but Jonathan Mensah, for me, has been the MVP this year. Just being this relentless, smart, tactical defensive player who you can rely on, who's consistent and everyone who you can see vibes off of.

''This is a tremendous, talented center back in this league that we're not really accustomed to seeing, a center back with his capabilities and how he's kind of set the tone for Columbus Crew.''

Mensah, 30, joined Columbus in 2017 from Russian club Anzhi Makhachkala as a Designated Player.

''Unless you are scoring at just at a phenomenal rate like we saw Josef Martinez do, like we've seen Carlos Vela do where you know this guy's scoring loads of goals, hat tricks, big goals, big moments and doing it every single match, just dominant, then you say, ‘OK here is the trophy, MVP and the Golden Boot, you've done it.’ That's not what we're seeing from Gyasi. Yeah he's scoring goals, but we're also seeing Zelarayan and Nagbe and Pedro Santos. We've seen a number of attacking players do their job and look great at times.''

Perhaps everything will change during this most-irregular season.

''One player who's remained the same and has remained impactful every single match has been Jonathan Mensah, and for me that is why he gets the MVP,'' Davies said.

''Right now, if the season ended right now, this would be it."