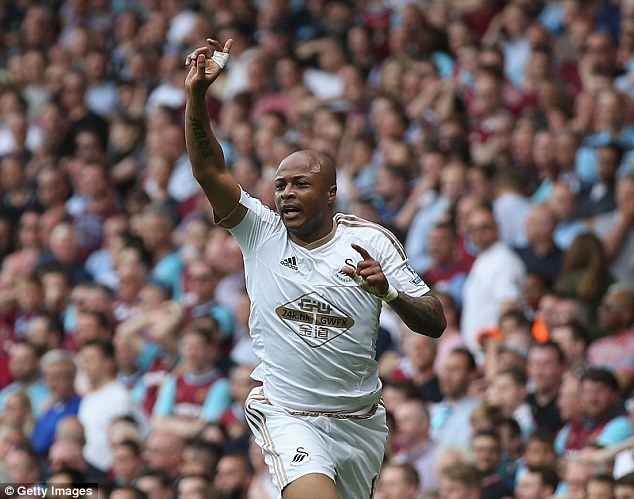 English Premier League giants Liverpool are the latest to be linked with a move for Swansea City star Andre Ayew from boss Francesco Guidolin.

This follows reports a few days ago that 2014 English Premier League champions Manchester City and Italian giants Napoli are keen on signing the Ghanaian.

Several reports have suggested that both Liverpool and Chelsea are at the front of the queue for the attacker’s services.

The speculation comes after Swans boss Francesco Guidolin admitted the star’s future was not in his hands, sparking fears the Welsh club could lose arguably their best player.

Andre Ayew who joined Swansea on a free transfer from Marseille last season as a midfielder emerged the Swans best player with 12 goals in his first Premier League season.

The Black Stars deputy captain is the hottest commodity in the transfer market with a few days to the start of the English Premier League.