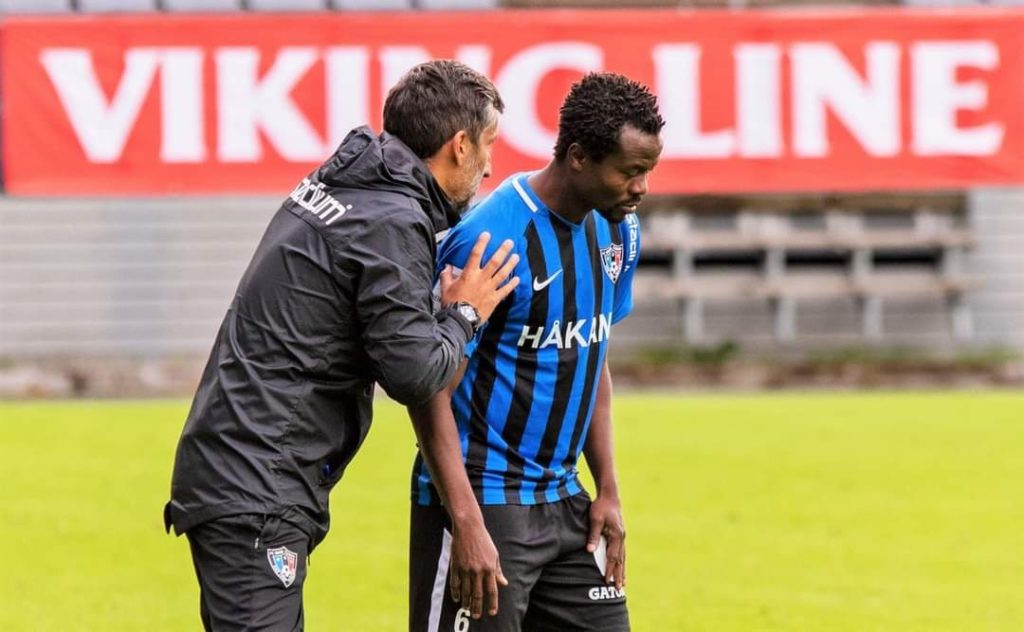 The 34-year-old extended his contract for another year with the club, but will be working in the role of a player and coach.

Annan has started preparing for life after football after enrolling in coaching courses and will begin his practical works with Inter.

Having joined the Blue and Blacks in 2019, the veteran midfielder has been an integral member of the club earning him the new deal.

“Anthony also wants to think about the time after his career as a player. In the further negotiations, we quickly found a solution that was of interest to both parties, in which Inter's developer of coaching skills Mika Hemmilä supports Anthony's coaching training. It has not yet been agreed with which team, but it will be clear in the near future,” says Inter’s technical director Vesa Mäki.

Annan has had a very long career which has seen him play in Germany, Spain, Netherlands and Norway.

He has played 65 times for the national team of Ghana and was a member of the Black Stars that reached the quarter finals of the FIFA World Cup in 2010.

His relationship with Inter manager is believed to have informed his decision to stay and work as player coach.

Anthony is a sure player in the midfield. He showed his skills are still in place in many of the end-of-season matches,” says Inter coach Jose Riveiro.