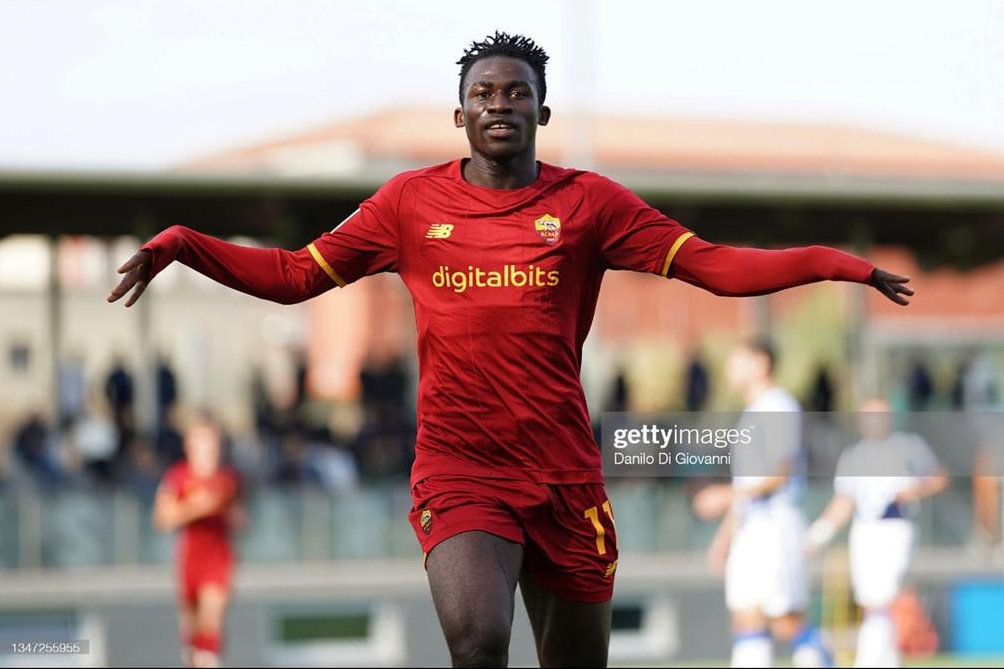 The 18-year-old was named in the Black Stars 30-man provisional squad last month for Africa's flagship football competition which sparked hopes that the AS Roma would turn up for the pre-tournament training camp that is already underway in the Qatari capital of Doha.

But Ghanasoccernet.com source within the player’s camp has exclusively disclosed that the youngster will continue to stay with his club to continue his development under Roma coach Jose Mourinho.

This means he will stay with the Italian club during the Africa Cup of Nations  which is scheduled to start on 9th January, 2022 in Yaounde.

Afena-Gyan declined an earlier invitation during the 2022 World Cup qualifiers against Zimbabwe and South Africa.

His agent Oliver Arthur confirmed to the media the player is not ready to honor a national team invite as he focuses on his development under Coach Jose Mourinho.

However the renowned football agent confirmed that Afena-Gyan when ready will represent Ghana at the international level.

The Ghanaian youngster has made five appearances and scored two goals and two assists for senior team since getting promotion to the Roma senior team.

The Black Stars have opened camp in Doha, Qatar ahead of the tournament.

Nine players were present at the team’s training on day one.

The team will camp in Doha for three weeks before traveling to Yaounde for their opening game against Morocco .