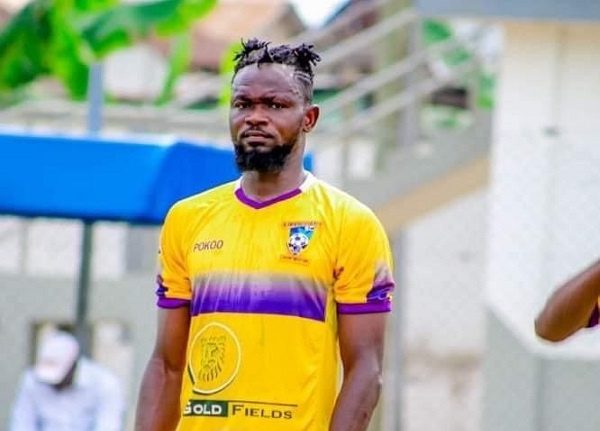 Asante Kotoko SC are keenly interested in the signing of Medeama SC defender Vincent Atingah for their African campaign next season, GHANAsoccernet.com can exclusively confirm.

The Porcupine Warriors are set to strengthen their defence ahead of their participation in the CAF Champions League which is beginning in August this year.

Kotoko head coach Dr. Prosper Narteh Ogum is a big fan of the experienced and will be content to have him his squad for the 2022-23 football campaign as he eyes more glories.

The recently crowned Ghana champions will table an official bid to the Tarkwa based club in the coming days so as to land the former Ebusua Dwarfs defender.

Atingah was a key member of the Ghana team that the 2017 WAFU Cup of Nations which was in Cape Coast when he was playing for rivals Hearts of Oak.

The towering centre-back moved from Hearts to Albanian side KF Tirana on a free transfer in July 2018. He later joined Qadsia SC and Al Shabab in Kuwait.

Atingah returned to Ghana to join Medeama in March 2021 where he played in the second round of the Ghana Premier League making 14 appearances and scoring twice.

He has been an outstanding performer the Ghanaian top-flight this season having played 28 matches and scored 6 goals in the process earning him a place in the Black Stars B squad.

GHANAsoccernet.com understands the lanky defender is poised to don the Red shirt for the next season.