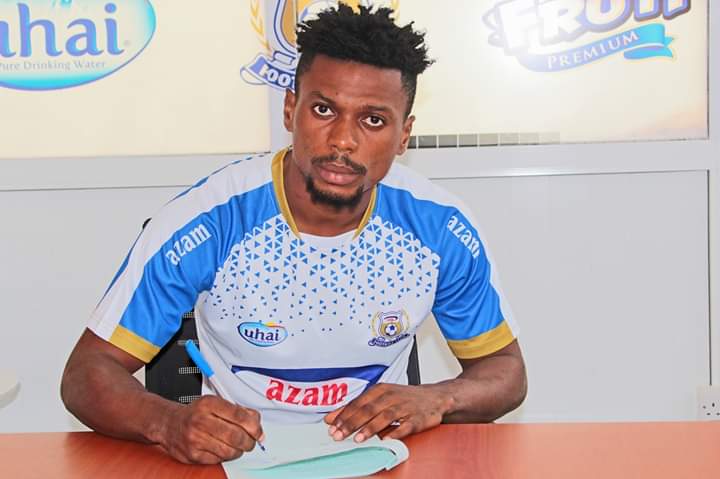 Djodi’s contract expired at the end of June this year and all attempt made by the club to renew his contract proved futile.

He was reported to be on the radar of Ghanaian giants Asante Kotoko but their new coach Kjetil Zachariassen, whom he worked with at AshantiGold, rejected the idea - claiming that the player does not fit into his playing style.

The striker has however put to pen on a three-year deal with Tanzanian side Azam FC.

He is expected to play a significant role in their next season’s CAF Confederation campaign after finishing 3rd in the Tanzanian Premier League last term.

Djodi has previously played for Guinea side AC Horoya and AC Leopards of Mali.