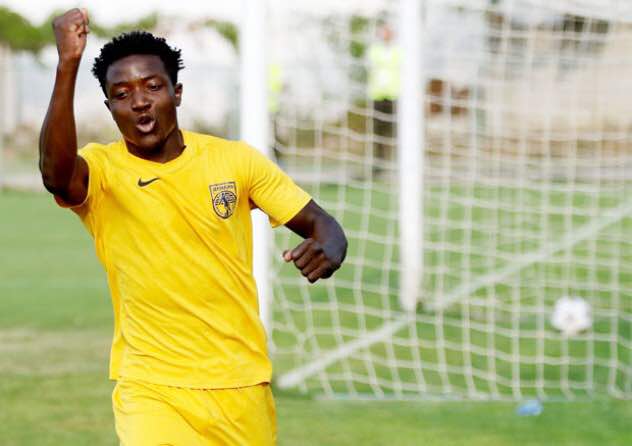 The hugely talented goal machine, who plays for Serbian side Dinamo Vranje, is attracting interest from some of Europe's elite teams after a fabolous campaign last season.

The highly-rated Ghanaian masterminded the side's promotion to the Serbia Super Liga after scoring 17 goals and providing four assists.

GHANAsoccernet.com can reveal Atletico Madrid and Besiktas are keeping tabs on the Ghanaian prodigy after scouting him last term.

German duo FC Koln and Werder Bremen  are also sniffing around to prize away the latest hottest sensation whose impressive performances in Serbian has gained several inches in the tabloids.

Belgian outfit Genk are also tracking the 21-year-old amid several reports about his exploits.

He was crowned the best player in their division after emerging goal king with 17 goals and his exploits hasn't gone unnoticed among Europe’s other big hitters either.

Scouting reports on the player have so far been excellent with his his representatives willing to listen to offers for the goal wizard.