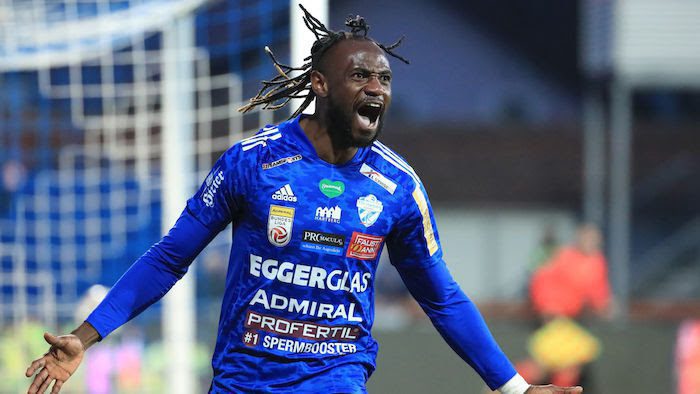 Austrian Bundesliga side SCR Altach are interested in the signing of Ghanaian attacker Seth Paintsil this summer, GHANAsoccernet.com can exclusively reveal.

Altach are weighing the options of hiring Marcus Schopp as the new head coach of the club following the departure of Ludovic Magnin to Swiss club Laussane-Sport.

Paintsil who currently plays for TSV Hartberg and has a contract running until June 2023 is on the radar of Altach who look strengthen the team for the 2022-23 campaign.

The 26-year-old stepped up with outstanding performances in the latter stages of the season where he scored 4 goals in 5 games to ensure Hartberg escaped the drop.

Croatian side Hadjuk Split are also keen on landing the winger ahead of next season and have sent scouts to watch the Ghanaian already in Austria.

Paintsil joined Hartberg in July last year from SV Ried on a two-year contract and has previously played for Admira Wacker also in Austria and Finnish club FF Jaro.

He played for Red Bull Academy Ghana and BA United before moving to Finland in May 2015.