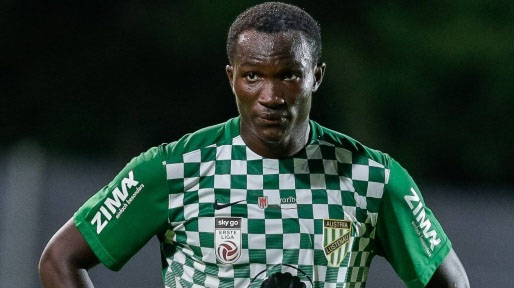 The Austrian second-tier side are looking for a replacement for striker Fabian Schubert.

They have set their eyes on the Ghanaian as a possible replacement after offering the chance to impress.

Dwamena has been without a club since leaving Danish side Vejle BK.

A heart  defect  affected the career of the  25-year-old while on loan at Spanish outfit Real Zaragoza.

However, he returned to the pitch after signing for Danish outfit Vejle BK.

Dwamena scored 21 goals in 22 matches for Austria Lustenau before earning a half a million Euros move to Swiss giants FC Zurich - where he netted 25 goals in 56 games.

His performance earned him another big money move to La Liga side UD Levante for six million Euros.

The former Red Bull Salzburg academy player is determined to get his career back on track with BK Linz eager to offer him the platform.