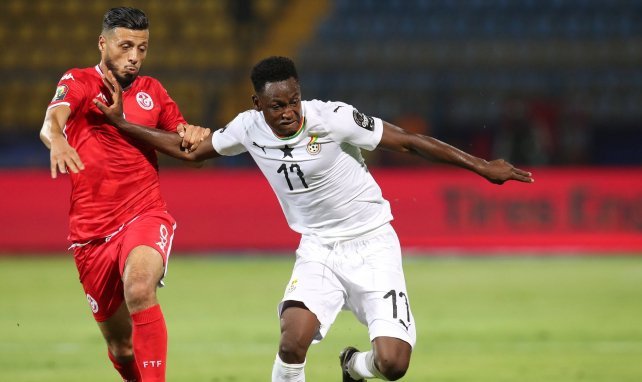 Ghana defender Baba Abdul Rahman has popped up on the radar of former club Augsburg, GHANASoccernet.com can exclusively report.

The 27-year-old could return to the Bundesliga side in the summer transfer window on loan unless manager Chelsea manager Thomas Tuchel is convinced in pre-season.

GHANASoccernet.com can exclusively report that, Augsburg are interested in a reunion with the Ghanaian, with their left back position currently in disarray due to injuries.

Rahman joined Chelsea from Augsburg in 2015 for 25 million euros but has struggled to break into the first team, having spent most of his time at the club on loan.

The former Dreams FC player is returning from a loan spell at Greek club POAK Thessaloniki, where he looks to have rediscovered him form after helping the club win the Greek Cup.

POAK are also interested in re-signing the defender on loan with giants Olympiacos also lurking for a possible snap.

Rahman is currently under observation by Chelsea manager Thomas Tuchel in pre-season.