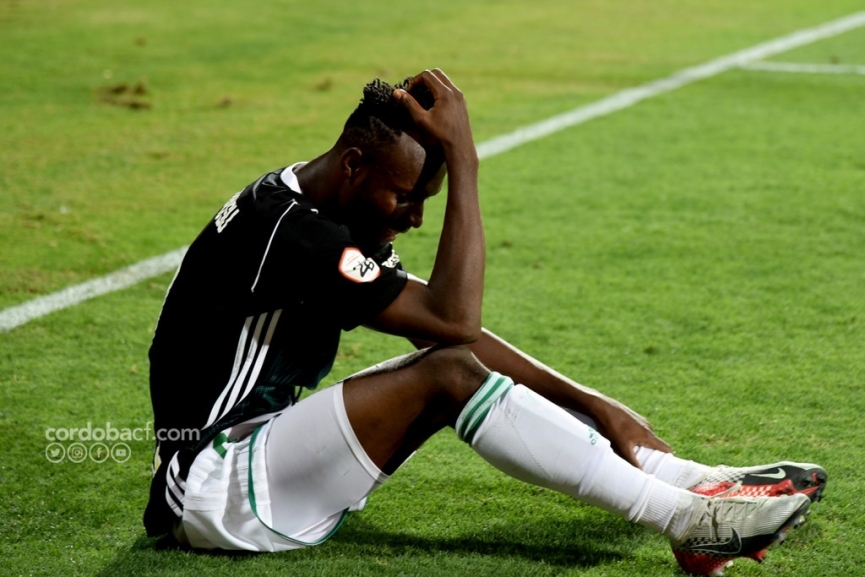 Controversial Ghanaian forward Kwabena Owusu is in fresh trouble as he faces a long-term suspension from Spanish side Cordoba after going AWOL, GHANAsoccernet.com can exclusively report.

The 22-year-old, who has a history of indiscipline act, missed Monday's recovery session which has ruffled feathers at the club.

The Ghana Under-23 forward is on loan from CD Leganés.

Cordoba will open disciplinary sanctions against the Ghanaian, who is reportedly forcing his way out of the club.

Owusu went to Madrid on Sunday after the side's 1-1 draw at home to Villarrubia without permission and did not turn up at the team's recovery session a day later at the Sports City.

GHANAsoccernet.com understands that a mouth-watering offer from Azerbaijani side Qarabağ is turning the head of the Ghanaian, who is angling for a move to grab the money bag.

CD Leganés, which holds the economic right of the player, are reluctant to release the hotbed until a replacement is found.

The latest standoff has led to a murky situation between the parties as the forward is bent on forcing his way out of the club.