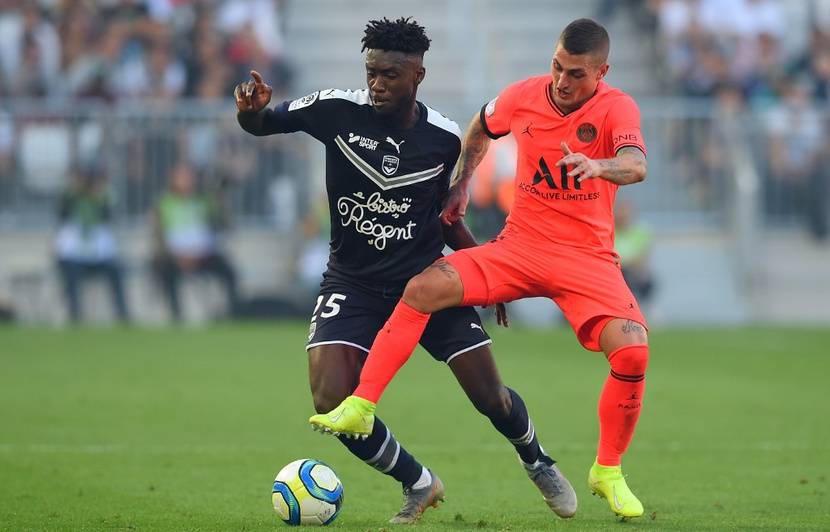 Ex-France youth international defender Enock Kwateng has taken the decision to switch nationality and play for Ghana, the country of his parents, Ghanasoccernet.com can exclusively reveal.

The 23-year-old, who plays for French top-flight side Girondins Bordeaux, made the decision after consulting with his family and he is now ready to play for the Black Stars.

Kwateng, who has played for all the junior national teams of France, will now have to go through all the formalities with FIFA to complete his switch to play for Ghana.

This process would enable Black Stars coach Charles Akonnor to call up for future matches as the push to capture players of Ghanaian descent gets underway resolutely.

Kwateng was born in the French town of Mantes-la-Jolie to Ghanaian parents and his performances led to him being called-up by the French junior national teams.

He was approached by the Ghanaian authorities to play for the Black Stars some years ago and he has now taken the decision as he has not been considered by the French senior national team.

This means his performances for Bordeaux could lead to his call-up by the Ghana national team in the coming months.

Kwateng was a youth prospect of French side Nantes and made his Ligue 1 first-team debut on in August 2015 against Angers.

His impressive showing resulted in him being signed by French rivals Bordeaux in 2019 on a four-year deal on a free transfer.