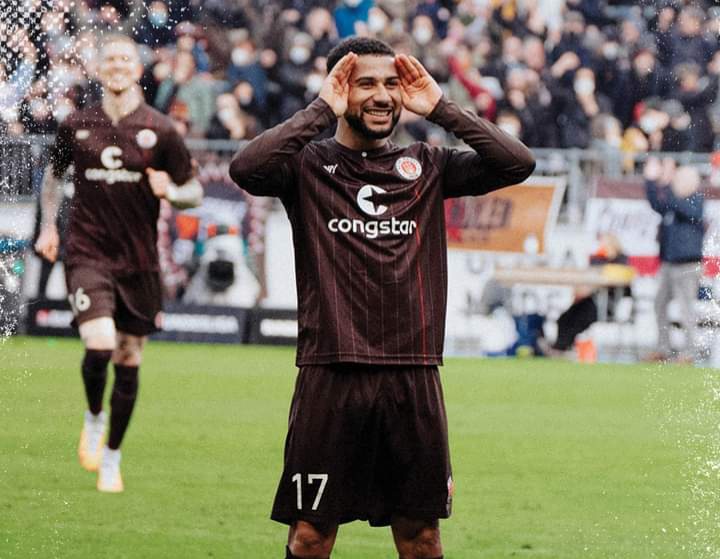 Borussia Monchengladbach is the latest Bundesliga side to show interest in the signing Ghana and FC St. Pauli midfielder Daniel-Kofi Kyereh, GHANAsoccernet.com can report

Monchengladbach have inquired about the availability of the attacking midfielder over a possible transfer from St. Pauli in the summer.

Kyereh has been in scintillating form in the Bundesliga II this season which has attracted a couple clubs in Germany including VfL Bochum and Mainz 05.

The technically astute Kyereh looks like he will be playing top-flight football next season regardless of his club's fate.

"Kofi is a player who takes a lot of risks. I think he put in an excellent game again," Schultz said.

"It's no wonder that interest from the Bundesliga is becoming more and more concrete (most recently Monchengladbach)."

Kyereh has scored 11 goals and provided 9 assists in 26 appearances in the Bundesliga II this campaign making him one of the best performing players in the division.

He is in line to make the final Ghana squad for this year's World Cup in Qatar after playing a significant role in the play-off where the Black Stars eliminated Nigeria a fortnight ago.

St. Pauli are currently sitting at the 3rd position on the league standings and in the race for top-flight football next season with only a point behind Schalke 04 and Bremen.