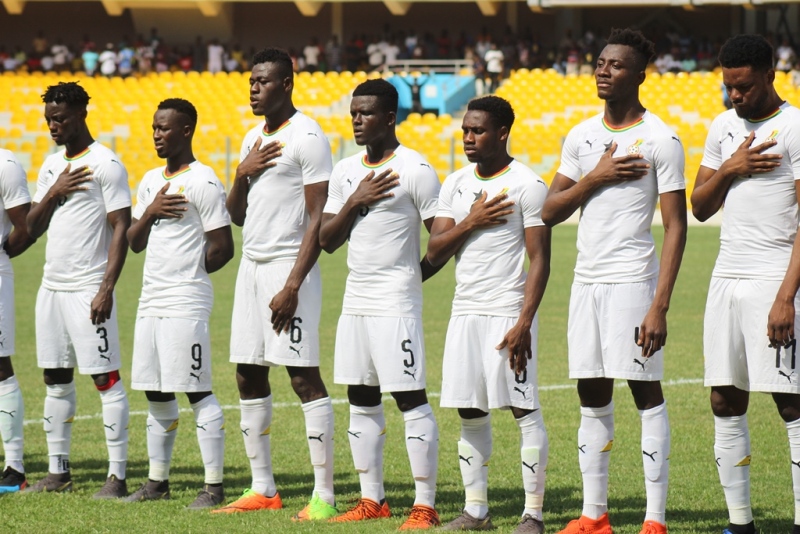 Ghana's foreign-based players have been asked to buy their own air tickets for the 2019 CAF U-23 Cup of Nations final qualifying round tie against Algeria this month, GHANAsoccernet.com can exclusively report.

The country's Ministry of Youth and Sports are cash-strapped and will not pay for the travel of foreign-based players for the match against the North African side in Accra on Friday September 6.

The Ministry has asked the 11-players invited for the two-legged ties to borne the cost of their travel arrangements in a dramatic twist to the sorry financial situation of the ministry, GHANAsoccernet.com can report.

Black Meteors coach Ibrahim Tanko has called up 11 experienced foreign-based players as he seeks to lead the team to qualify  for the African U23 championship and subsequently make it to the Olympic Games for the first time since 2004.

However, the routine 'no-money syndrome' threatens his ambition of putting together a formidable team to compete at the top level.

The Sport Ministry is broke having spent $4.5 million on a lavish 2019 Africa Cup of Nations campaign in Egypt, splashing the taxpayers cash largely on journalists and fans.

It's unclear who will  step in to save the embarrassing situation as the foreign-based players are cash-strapped and may not be able to afford buying their own tickets.

There will be huge concerns that the country may not be able to present a solid team for the two-legged ties against Algeria if the players are unable to travel to Accra.

Ghana will host the first leg on Friday September 6 at the Accra sports stadium.

The Black Meteors will travel to Algiers for the return encounter scheduled for Tuesday September 10.

This year's edition of the U23 Africa Nations Cup will be staged between 5-22 November 2019 in Egypt.

The tournament will determine which three African teams will compete at the 2020 Summer Olympics men's football tournament in Tokyo, Japan.

The home-based players have been in camp since August 7 playing series of friendly matches against local sides.

Ghana is looking to make it to the next Olympic Games after missing out of the competition since 2004.