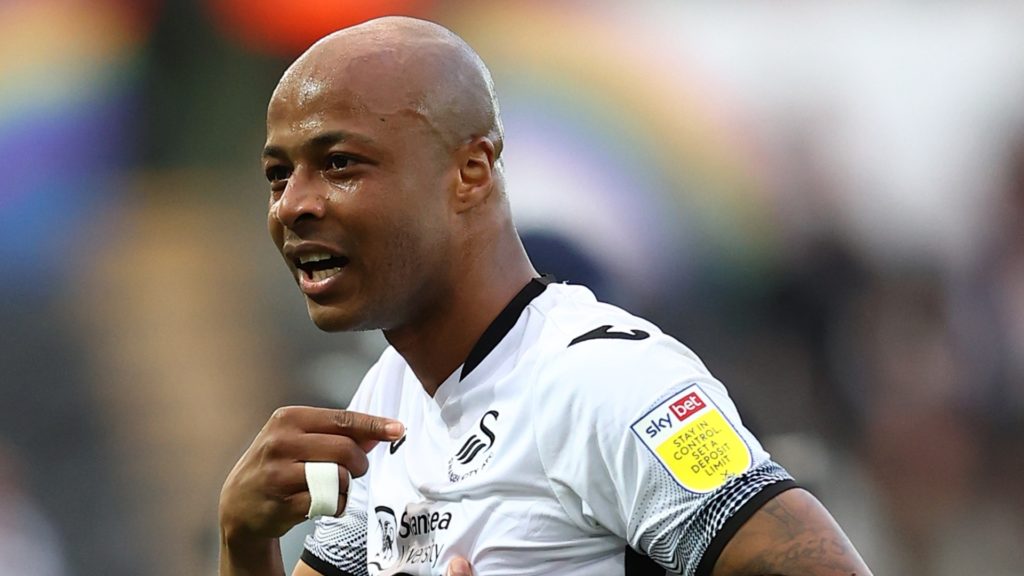 Ghana captain Andre Ayew has popped up on the radar of Scottish giants Celtic, GHANASoccernet.com can exclusively report.

The 31-year-old left Welsh outfit Swansea City after running out his contract with the club.

Ayew is currently a free agent and can join any club of his choice in the summer transfer window.

GHANASoccernet.com can reveal that the ex-Marseille player who was a target of Celtic during the reign of Brendan Rogers has emerged as a subject of interest once again.

Celtic are in dire need of reinforcements after losing the Scottish championship to rivals Rangers for the first time in ten years.

The Hoops could take advantage of Ayew's free agency to secure the services of the Ghanaian.

Andre Ayew helped Swansea to the English Premier League promotion play-offs finals, after scoring 17 goals in the 2020/21 season, but agonisingly lost out on top-flight promotion with a 2-0 defeat to Brentford.

His departure from Swansea left many fans heartbroken but the club could not meet the players demands.

Ayew is currently with the Black Stars team for the double international friendlies against Morocco and Ivory Coast this week.