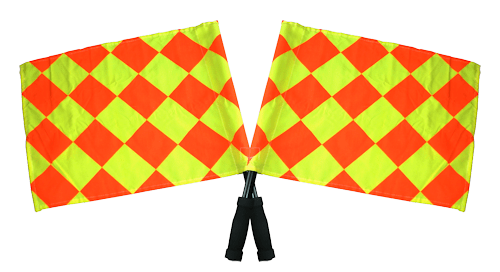 The 2019/2020 Ghana football season could be delayed as referees who were "unfairly" yanked from the final list of officials to officiate matches on the domestic front threaten to place an injunction on the process, GHANAsoccernet.com can exclusively report.

The disgruntled referees are alleging fraud, favouritism and collision and have vowed to drag the Referees Association of Ghana (RAG) to court on Monday to prevent an impending referees integrity seminar scheduled for Tuesday in Kasoa.

Ghana's leading football website, GHANAsoccernet.com can report that an Eastern region based assistant referee (name withheld) will run to court to secure an injunction on the entire process on Monday.

Ghana's referee's instructor  Richard Thomas Attifu is under line of fire after being accused of allegedly manipulating the process at the blind side of the association's umbrella body chiefs.

However, GHANAsoccernet.com cannot independently verify the claims from the affected officials.

The Ghana Football Association announced a list of 40 centre and 40 assistants referees, who will undergo an integrity test on Tuesday ahead of the new season.

But the official list which has been reduced from 120 to 80 means at least 40 officials have been affected and thrown out of the window.

This has sparked a massive outrage amid widespread allegation against the country's referees' instructor chief and his "gang" who are under siege for unfair and bias treatment, it has been claimed.

Mounting allegations of fraud has rocked the association, barely five days before the crucial integrity test and more importantly the start of the new season.

Accusation of nepotism, favouritism and fraud could prove disastrous in the image redemption exercise of the referees' body.

If the disgruntled officials are successful with the injunction attempt, it could throw the calendar of the Ghana Football Association off the roof.

Several of the affected referees who have sent SOS calls to GHANAsoccernet.com Headquarters have vowed to strip their bosses naked and expose the rot that continues to derail the image battered association.

The legal stand-off could be murky for the Ghana Football Association with the Premier League and other lower league set to kick starts in few weeks.