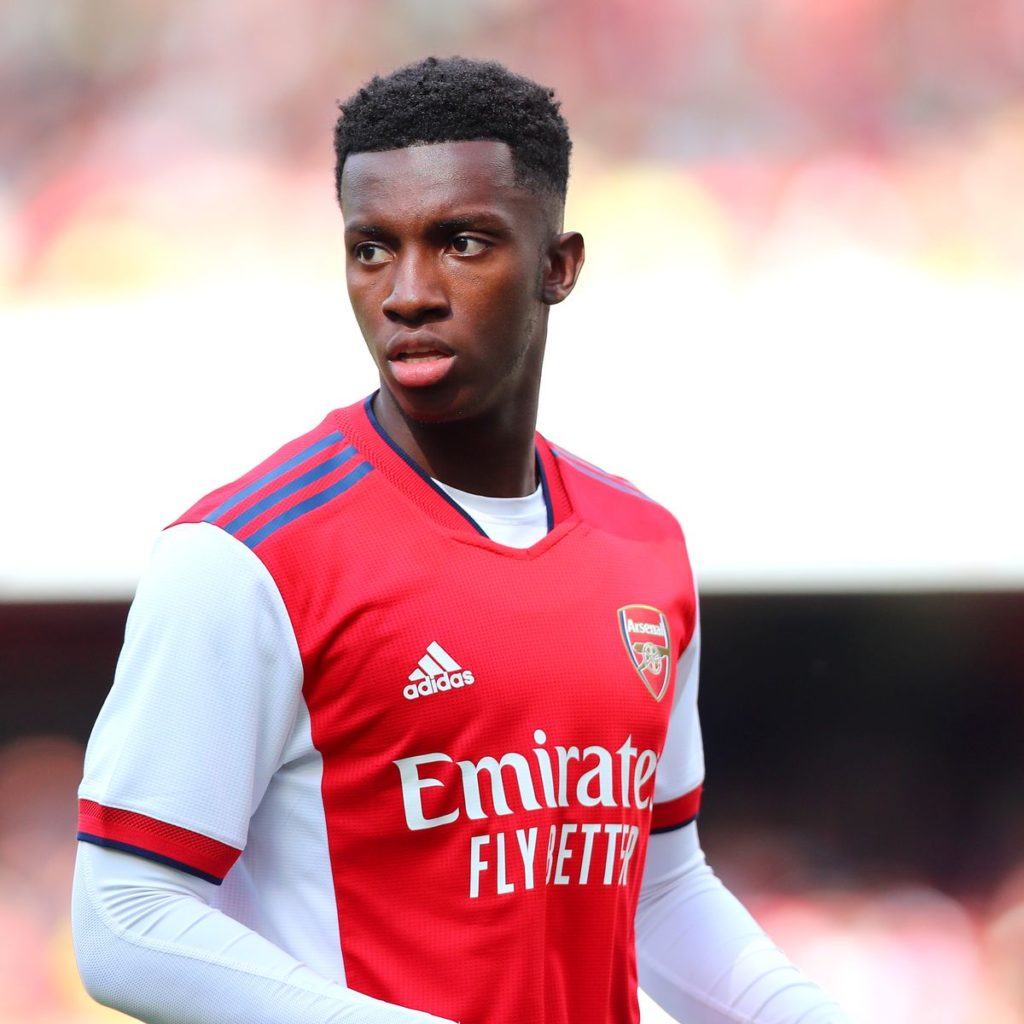 Ghana target Eddie Nketiah is still weighing his options on which country to represent at the international level.

The Arsenal forward is among some Ghanaian players of foreign descent being chased by the Ghana FA to switch nationality ahead of the 2022 World Cup.

Nketiah confirmed in an interview he is yet to decide on playing for Ghana at the 2022 World Cup in Qatar.

The center-forward indicated he is focused  on Arsenal this season.

According to reports, officials of the Ghana FA have held talks with Eddie Nketiah and his family over a nationality switch ahead of the World Cup.

The 23-year-old who is eligible to play for Ghana through his parents said in the interview that he is yet to take a decision.

"Yeah at the moment it is just focusing on the club and cementing my place here, contract situation that has been most of my thinking".

Eddie Nketiah who holds the record as the highest top scorer at the England U21 team is also open to playing for the Three Lions.

The English FA are also in talks with the Arsenal forward on representing the country of his birth.