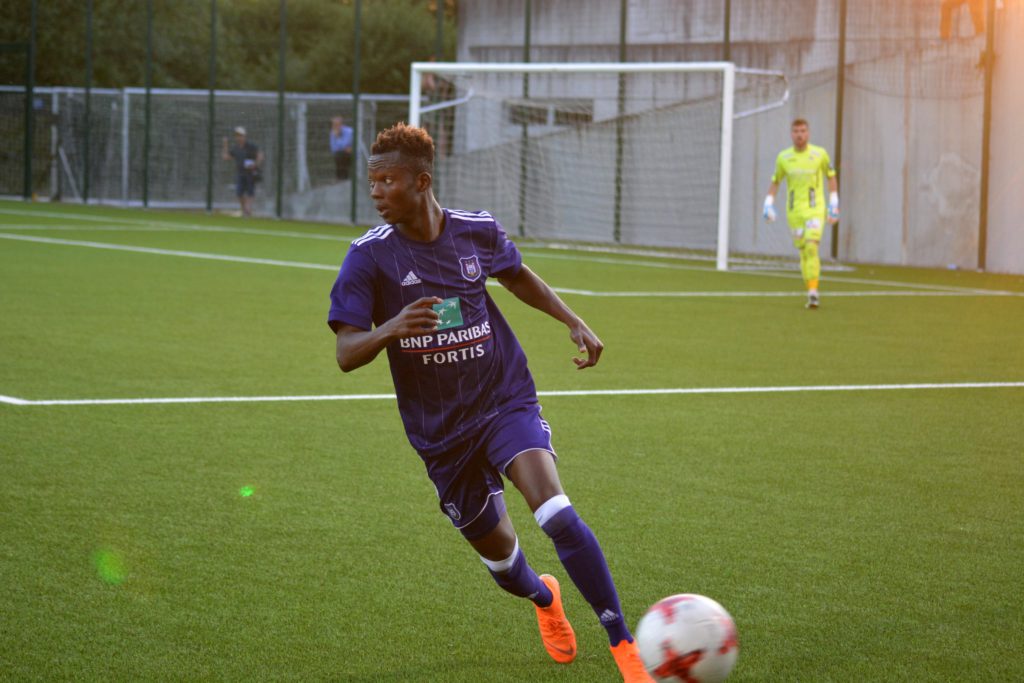 Defender Emmanuel Sowah Adjei trained with Anderlecht's First Team last week and could be named in the match-day squad to face  Kortrijk on Sunday, GHANASoccernet.com can exclusively report.

The right back has been promoted by head coach  Frank Vercauteren after being overlooked for a very long time.

Adjei recently recovered from injured and featured for the Purple and Whites in a friendly during the international break.

He was given 30 minutes of game time and he gave a good account of himself.

The 21-year-old last played for the first team in September 2017 during when he was named in the starting line-up in the 2-1 win at Waasland-Beveren.

Last season, he did not come close to the First Team.