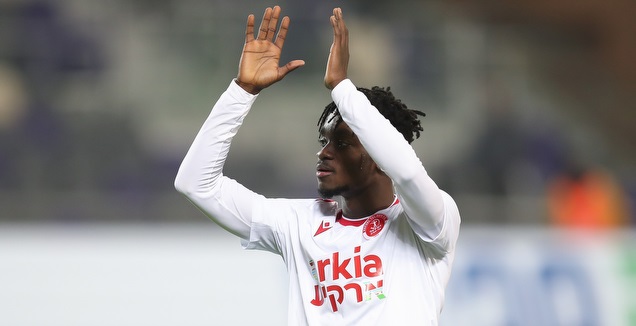 Hapoel Tel Aviv midfielder Emmanuel Boateng has returned to Ghana to attend to some pressing matters, GHANASoccernet.com can exclusively confirm.

Boateng left the shores of Israel for his native Ghana  on Tuesday night for personal reasons.

The enterprising enforcer is expected to return to Israel in five days time.

He would however have to be quarantined for two weeks upon his return to the country on November 15.

Boateng could consequently miss games against Maccabi Petah Tikva, Kiryat Shmona and possibly Bnei Yehuda as the game dates have not yet been officially announced by the league board.

Coach Nir Klinger will be hoping to have his influential midfielder for the aforementioned matches.

Boateng has become an instrumental figure at the club since he joined from Ghanaian top-flight side Aduana Stars in 2018.

He has clocked seven appearances for the club so far this term.