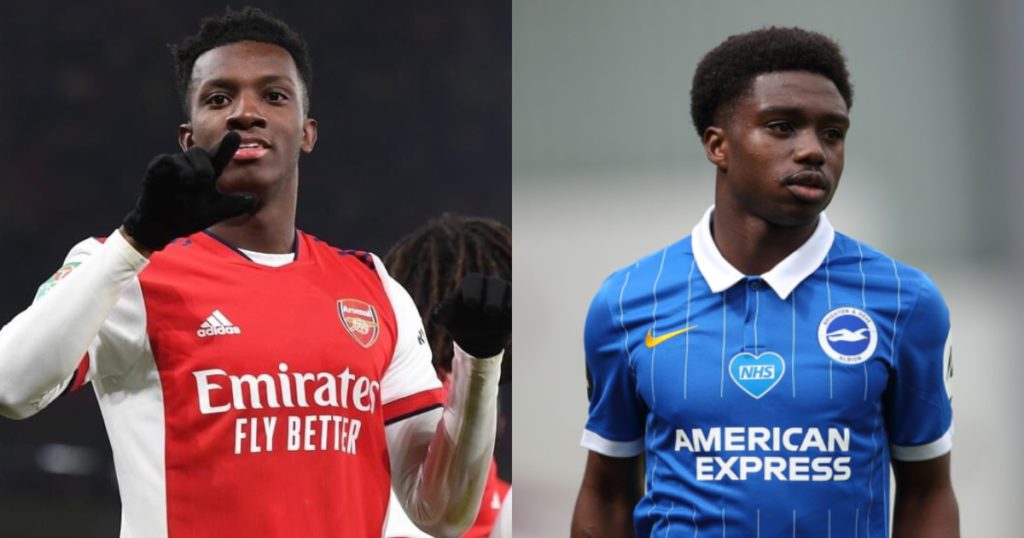 English-born duo, Eddie Nketiah and Tariq Lamptey could be eligible to play for Ghana as early as next week, GHANASoccerne.com can exclusively report.

GHANASoccernet.com has gathered that three players including the former England U21 players will get full clearance by FIFA by the end of next week.

"The time is limited. First of all if you've played for another country, the process is long. But it is an open secret that we have talked to a lot of players and latest by next week, we will know who will have to join us," Ghana coach, Otto Addo told Joy News.

"Surely we have to be very fast now. We set the limits and we want at least if somebody wants to join us or we know someone who can help us, he must be ready for the September window," he added.

"For that the answer is now and hopefully next week, we will know more."

The nationality switches of Tariq Lamptey and Eddie Nketiah are relatively easier than that of Callum Hudson-Odoi and Inaki Williams.

The Black Stars have been in Japan preparing for the FIFA World Cup.  The team finished third in the Kirin Cup tournament after beating Chile on penalties.

Ghana will next return to action in September before the World Cup in Qatar later this year.