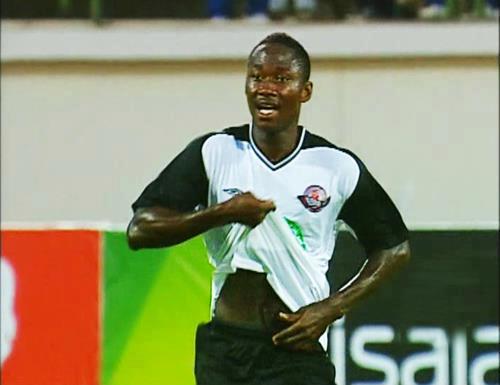 Striker Eric Bekoe has signed for Berekum Chelsea on a free transfer after a failed move to his former club Asante Kotoko, MTNFootball.com can exclusively reveal.

The 25-year-old inked a two-year contract with the 2011 Ghana Premier League champions on Tuesday, the club have confirmed.

The 2007 Ghana Premier League goal king will be perfect replacement for Emmanuel Clottey who was sold to Tunisian giants Esperance.

"We have confidence in him and I believe he will love the club," Club President Emmanuel Kyeremeh told the www.berekumchelsea.com

"He will be a great inclusion to our side and we can rely on him for the upcoming season."

Negotiations between the player's representative and Kotoko broke down last week despite passing a medical.

He then turned his attention to the 2012 CAF Champions League campaigners who signed him for an undisclosed fee.

Bekoe has previously played for Liberty Professionals and Heart of Lions.