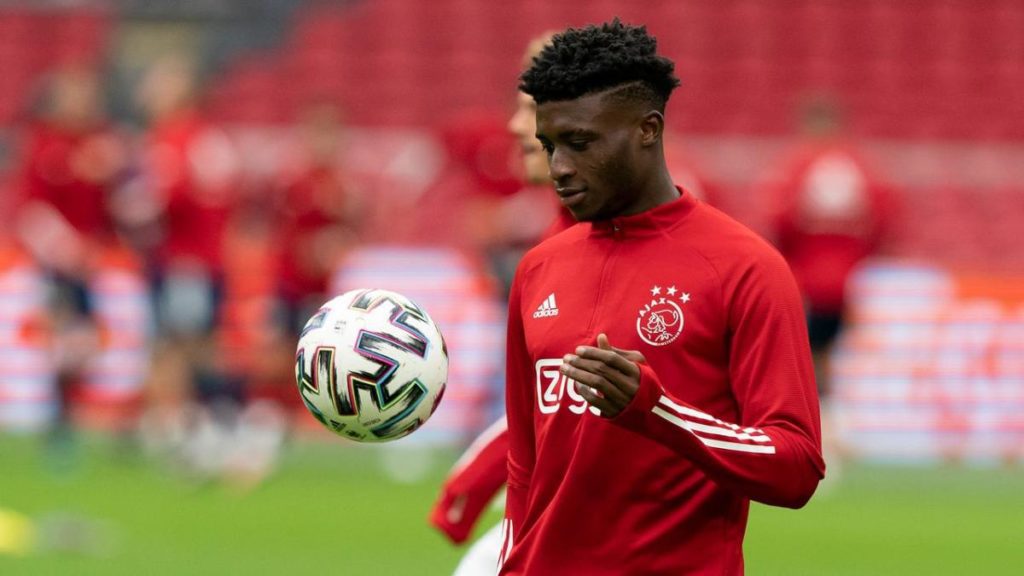 The Premier League club made contact with the former European champions on Saturday night to officially express interest in signing the talented player.

Agents close to the deal told Ghana's leading football news outfit Ghanasoccernet.com that Everton spoke with officials on Ajax about taking the player on loan.

The Toffees also told the Amsterdam-based club they will take the player on loan until the end of the season before they make a move for a permanent deal.

This is a significant step in the talented youngster's quest to leave Ajax to go on loan as he is seeking regular playing time with the 2022 World Cup looming.

Goodison Park were subsequently asked to put the offer on paper before it is considered even though Ajax stated their reluctance to release the player.

Despite the hesitation, Ajax are expecting the official bid to be placed by Sunday before the Dutch side gives an official response to the offer from Everton.

Ajax coach Alfred Schreuder, who is refusing Kudus playing time claiming his role is on the bench, revealed last week that Everton had not contacted the club over the Ghanaian star.

Now that the official contact has been made Ajax have been forced to make a decision on the future of the player who is keen on leaving on loan for playing time.

Everton became the first club to make an offer for the player even though several clubs in Europe including four English sides, expressed interest.

Leicester City, Wolves, Tottenham and Leeds United are among the teams to have expressed interest in signing the player even though they are yet to make official bids for the player.

Kudus is a highly talented player and played a significant role in Ghana's qualification to the 2022 World Cup as the Black Stars' key playmaker.

The 22-year-old joined Ajax from Danish side Nordsjaelland two years ago for about £8 million, showing the level of talent of the midfielder which prompted the Dutch side to pay such a whopping amount at that age.

Kudus has played 46 matches for the Dutch giants since his move from Denmark, scoring six goals and providing four assists even though he was affected by a knee injury.

Having fully recovered from injury the youngster has been in blistering form scoring four goals in four pre-season appearances sparking hopes that he could play a key role in the club's matches this season.

However, the playmaker has been consigned to the bench since the start of the season making a combined total of 24 minutes in his four league appearances for the club.

All four of the midfielder’s appearances this campaign have come from the bench, with him playing a total of 24 minutes in Eredivisie.

The youngster started his career with the famous Ghanaian football academy Right to Dream before moving to Denmark in 2018.

He played 51 matches in two seasons at the Danish side and scored 14 goals before Ajax swooped to sign him.